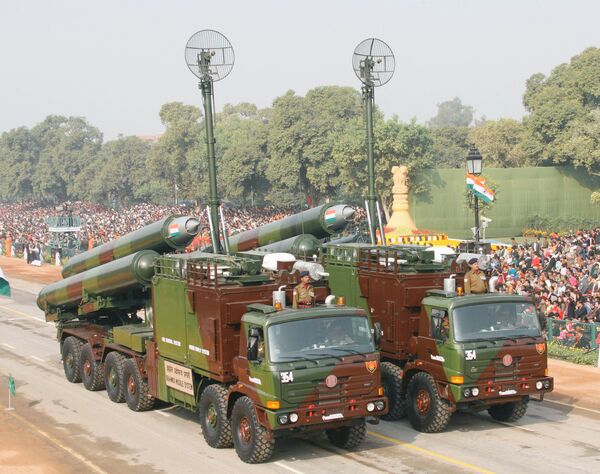 The Philippine Army (PA) is seeking to procure the BrahMos missile system under the third phase of the Revised Armed Forces of the Philippines Modernization Program (RAFPMP).

The 'third horizon' will be from 2023 to 2027, PA spokesperson Colonel Xerxes Trinidad told the state-run Philippine News Agency (PNA). “The PA is yet to acquire [the BrahMos missile] since we are still on the second horizon (2018–22) [and] some of the programmed acquisitions are still in process,” he said.

Col Trinidad added that the PA will induct two BrahMos missile batteries to be deployed for coastal defence. He said the two batteries will serve as a general support artillery unit and will complement joint territorial defence forces.

Col Trinidad also told the PNA that the BrahMos fulfils the PA's Ground-Based Anti-Ship Missile (GBASM) needs and the field artillery mission to “destroy, neutralise, and suppress” the enemy through cannon and rocket fires.

In mid-January the Philippines also confirmed that the Philippine Marine Corps (PMC) has ordered BrahMos missiles for USD375 million. The PMC will deploy the weapons as shore-based anti-ship missiles.

It is unclear what variant the PA and PMC will deploy for coastal defence. However, both services are expected to operate the BrahMos PJ-10 or a variant.

According to Janes Weapons: Naval, the Indian Army already operates the BrahMos PJ-10 for coastal defence. The missile is classified as a supersonic medium-range anti-ship missile. It is derived from Russia's Yakhont missile system, which is the export model of the domestic Russian P-800 Oniks (SS-N-26 ‘Strobile').

The Philippine Army (PA) is seeking to procure the BrahMos missile system under the third phase of t...