The Philippine Air Force (PAF) announced on 22 May that it is sending pilots and maintenance crew to Turkey to undergo training on the Turkish Aerospace (TA) T129B ATAK helicopter: an indication that the PAF's acquisition of the twin-engined combat rotorcraft is progressing.

The PAF's ‘15 Strike Wing' announced via its Facebook account that it held a ‘send-off ceremony' for future T129 pilots and crew, adding that training will begin this month at TA's facilities in Ankara and be completed in August. 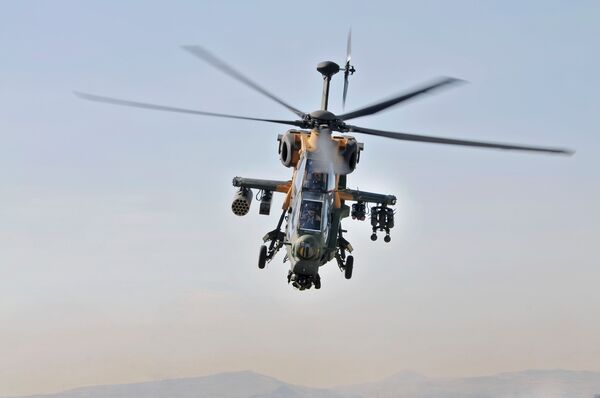 The PAF announced on 22 May that it is sending pilots and maintenance crew from its ‘15 Strike Wing' to undergo training in Turkey on the T129B ATAK helicopter. (Turkish Aerospace)

No further details were provided but the announcement was made after Serdar Demir, TA's director of marketing and communications, said on 18 May that the US State Department had recently approved the export license for the US-made LHTEC CTS800-4A engines that power the helicopter. This came after TA general manager Temel Kotil told the CNN Türk news channel in April that production of the PAF helicopters would begin “in the coming months”.

Janes understands that the PAF is aiming to acquire a minimum of six T129B helicopters.

Speaking to Janes on condition of anonymity, Turkish defence sources referred to the engine export approval as a “done deal”, adding that TA is now only awaiting “an official writing” from Washington. They also noted that Demir had “ensured the export approval” after making several visits to Washington.

The Philippine Department of National Defense (DND) has repeatedly stated that it wants to procure the T129 ATAK but Manila had also sought guarantees from Turkey about the platform's export availability.

The Philippine Air Force (PAF) announced on 22 May that it is sending pilots and maintenance crew to...