The aircraft were flown by Embraer pilots from Sao Paulo in Brazil, and made re-fuelling stops in the Canary Islands, Portugal, Malta, Egypt, Bangladesh, the United Arab Emirates, India, Thailand, and Vietnam before landing in the Philippines. 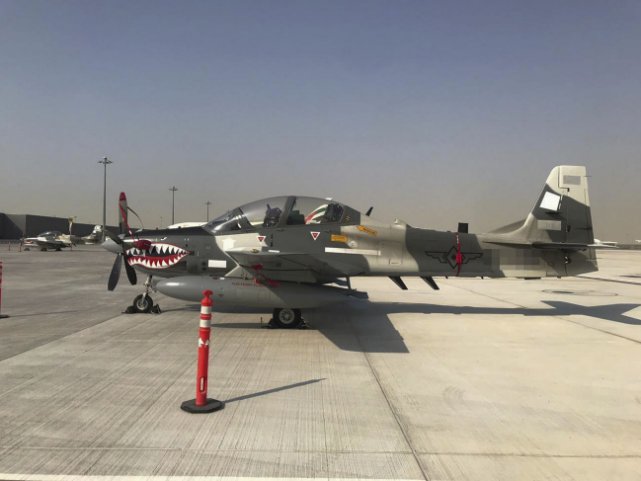 One of the four A-29 Super Tucano aircraft that arrived at Clark Air Base in the Philippines on 19 September. Two more A-29s are expected to arrive in the country in the coming days. (Philippine Department of Foreign Affairs)

In a separate statement issued on 20 September the Philippine Department of Foreign Affairs said the remaining two aircraft would arrive “in the coming week”, adding that an official arrival ceremony was being organised.

The A-29s, which will be part of the PAF’s 15th Strike Wing and will supplement Boeing (Rockwell) OV-10 Bronco ground-attack aircraft, were initially scheduled to be delivered by the end of February but this was delayed because of the Covid-19 pandemic.

The aircraft are expected to be employed in a number of roles, including close air support, light attack, surveillance and reconnaissance, air-to-air interception, and counter-insurgency.

Speaking on 9 July Andolong had described the A-29s as being “a much-needed replacement for the PAF’s aged, close air support aircraft”, adding that “their mission versatility and capability to carry a variety of ordnance will be very useful in the field”.