The European Council’s Permanent Structured Cooperation (PESCO) fund is to support the development of a new Airborne Electronic Attack (AEA) system, it was disclosed on 12 November. 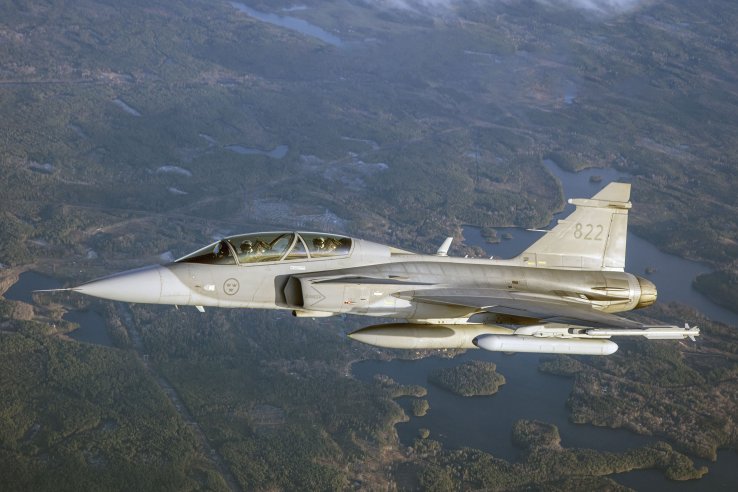 The Saab Electronic Attack Jammer Pod (EAJP) for the Gripen is one of a number of such systems being developed for new or upgraded combat aircraft. PESCO is funding the development of a new electronic attack system for NATO and EU aircraft. (Saab)

PESCO’s updated list of projects states that Spain, France, and Italy are to co-operate in the development of an AEA system to protect EU and NATO air forces on deployed operations. Industry officials familiar with the project told Jane’s and other defence media at the IQPC International Fighter Conference in Berlin that, while not listed in the PESCO announcement, Germany and Sweden are included in the project also.

According to the officials, Spain and Indra will lead the effort, supported by Sweden/Saab, Italy/Eletronicca, France/Thales, and Germany/Hensoldt will develop the system, with a contract expected in early 2020.

According to the PESCO listing, “the system will be interoperable with current and planned EU member states assets and in cross-domain operations. The project covers the design, development, and testing of a multi-jamming capability (including stand-off, stand-in and escort jamming), and will be based in state-of-the-art existing technological cores at European industrial level, including in particular Cyber Electro-Magnetic Activities (CEMA).