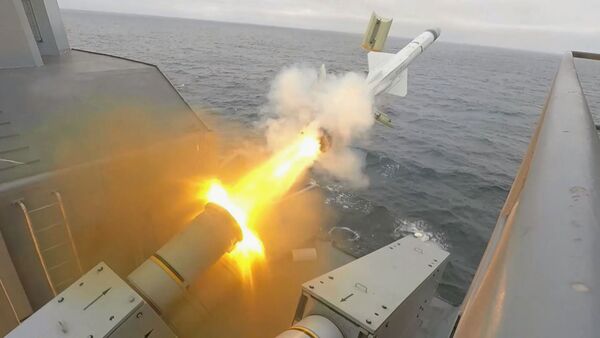 The successful live-fire test of the Exocet MM40 Block 3 missile firing – the first since this weapon was introduced in the service five years ago – was conducted on 30 September, by BAP Bolognesi (FM-57), one of the four Lupo-class frigates in MGP service armed with missile, navy officials said.

The same target was hit later by an Exocet AM-39 missile, launched by a Sikorsky SH-3D Sea King helicopter from 36 km (19 n miles) of distance, the navy confirmed. The helicopter was deployed by BAP Tacna, former HNLMS Amsterdam, logistic support vessel.