US-based company Persistent Systems announced on 12 June that it has been awarded a contract to supply its Wave Relay mobile ad hoc networking technology (MANET) to QinetiQ North America (QNA) for the US Army’s Common Robotic System-Individual (CRS[I]) programme. 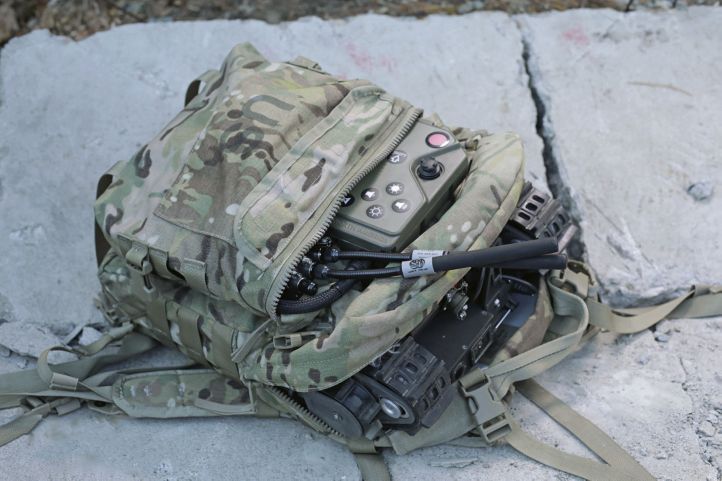 The award comes after QNA won a seven-year indefinite delivery/indefinite quantity (ID/IQ) contract in March, valued up to USD164 million, for the supply of CRS(I) systems, which the company described as backpackable robots, weighing less than 11 kg (25 lb), “that dismount users can carry with sensor suites for viewing and detecting threats, providing greater situational awareness in the field”.

Leslie Hulser, Persistent’s director of programmes, told Jane’s that the first CRS(I) systems are expected to be fielded soon, with full-rate production (FRP) set to begin in 2020, amounting to “between 3,000 and 3,200 units”.

Each of these systems will be equipped with an embedded module, which is a smaller form factor version of Persistent’s fifth-generation radio (MPU5) without the rugged exterior.

The embedded module uses multiple input/multiple output (MIMO) technology, which Hulser described as “a leap forward” as it “increases bandwidth up to approximately 100 bits/per second”. Each module is fitted with an onboard video encoder/decoder that saves the end user from carrying multiple extra devices.

US-based company Persistent Systems announced on 12 June that it has been awarded a contract to supp...