The Pentagon is proceeding with a Next-Generation Interceptor (NGI) programme designed to defend the United States against limited nuclear strikes, and on 23 March announced competing development contract awards to teams led by Northrop Grumman and Lockheed Martin.

The two cost-plus-award-fee, cost-plus-fixed-fee, and cost-plus-incentive-fee contracts, worth “an estimated maximum value of USD1.6 billion through fiscal year 2022”, are intended to carry the two competing designs “into the technology development and risk reduction phase of the acquisition programme”, the Pentagon said in a statement.

“The Missile Defense Agency (MDA) awards on March 23, 2021 support the department’s goal of increased competition by funding two designs while remaining flexible to align with evolving Defense Department strategies and priorities,” it added.

NGIs are meant to arm the Ground-based Midcourse Defense (GMD) strategic missile defence system, which fields a mix of older and more updated interceptors that have been inconsistently fielded and upgraded at various times since GMD began operation in October 2004. 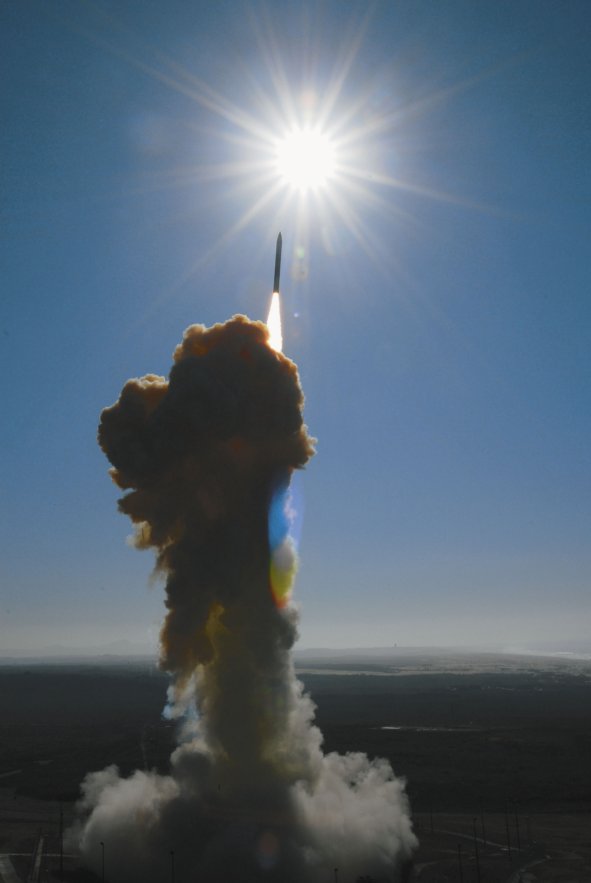 Improving the GMD system has been a top priority for MDA, but the effort suffered a major setback after a new kill vehicle programme was terminated. (MDA)

Although GMD had suffered from quality control issues and poor reliability, it appears to be improving in recent tests. An intercept in 2014 broke a long streak of failed tests, an intercept in 2017 destroyed an intercontinental ballistic missile (ICBM)-range target for the first time, and a salvo test in March 2019 used two interceptors to destroy one ICBM-range target.

The Pentagon is proceeding with a Next-Generation Interceptor (NGI) programme designed to defend the...

The US Department of Defense (DoD) is terminating its programme to develop a more reliable intercept...