The US Department of Defense (DoD) has transferred responsibility for military-to-military engagement and defence planning with Israel from US European Command (EUCOM) to US Central Command (CENTCOM). 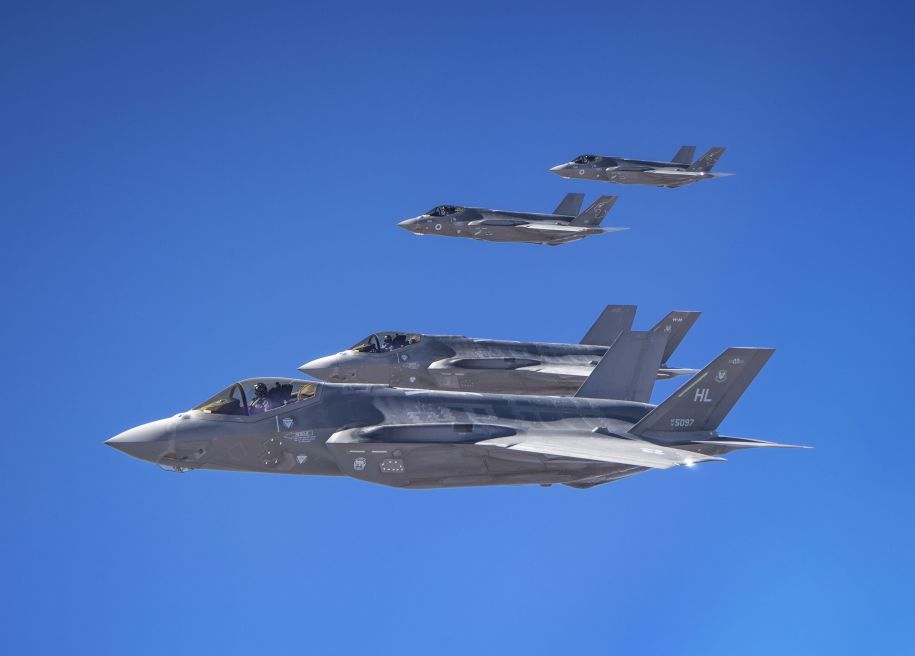 In a rare example of training with CENTCOM forces, Israeli F-35Is alongside F-35As from the US Air Force’s Abu Dhabi-based 421st Expeditionary Fighter Squadron during Exercise ‘Enduring Lightning’ on 22 October 2020. (US Air Force)

The move announced by the Pentagon on 15 January follows recent diplomatic moves by outgoing US President Donald Trump to end the political and military isolation of the Jewish state with several Arab countries.

Before the realignment, EUCOM was responsible for co-ordinating military-to-military links with the Israel Defense Forces (IDF) from its headquarters in Stuttgart, Germany. Now CENTCOM will fulfil these functions from its main headquarters in Tampa, Florida, and deployed headquarters in the Middle East.

“The move is part of unified command plan changes,” the DoD said. “When the Reagan administration set up CENTCOM in 1983, officials left Israel as part of EUCOM. Arab nations, except Egypt, did not recognise the Jewish state. US military co-ordination in the region – including multilateral exercises and operations – would have been complicated.”

“The easing of tensions between Israel and its Arab neighbours subsequent to the Abraham Accords [in 2020] has provided a strategic opportunity for the United States to align key partners against shared threats in the Middle East,” it added. “Israel is a leading strategic partner for the United States, and this will open up additional opportunities for co-operation with our US Central Command partners while maintaining strong co-operation between Israel and our European allies.”

The US Department of Defense (DoD) has transferred responsibility for military-to-military engagemen...