Lockheed Martin spokesman Brett Ashworth said on 29 September that the agreement calls for the company to compensate the Pentagon with Lockheed Martin investments toward improving electronic equipment logbook (EEL) compliance and accuracy. Ashworth deferred a question about the monetary value of the agreement to the Defense Contract Management Agency (DCMA), which did not return requests for comment prior to publication. 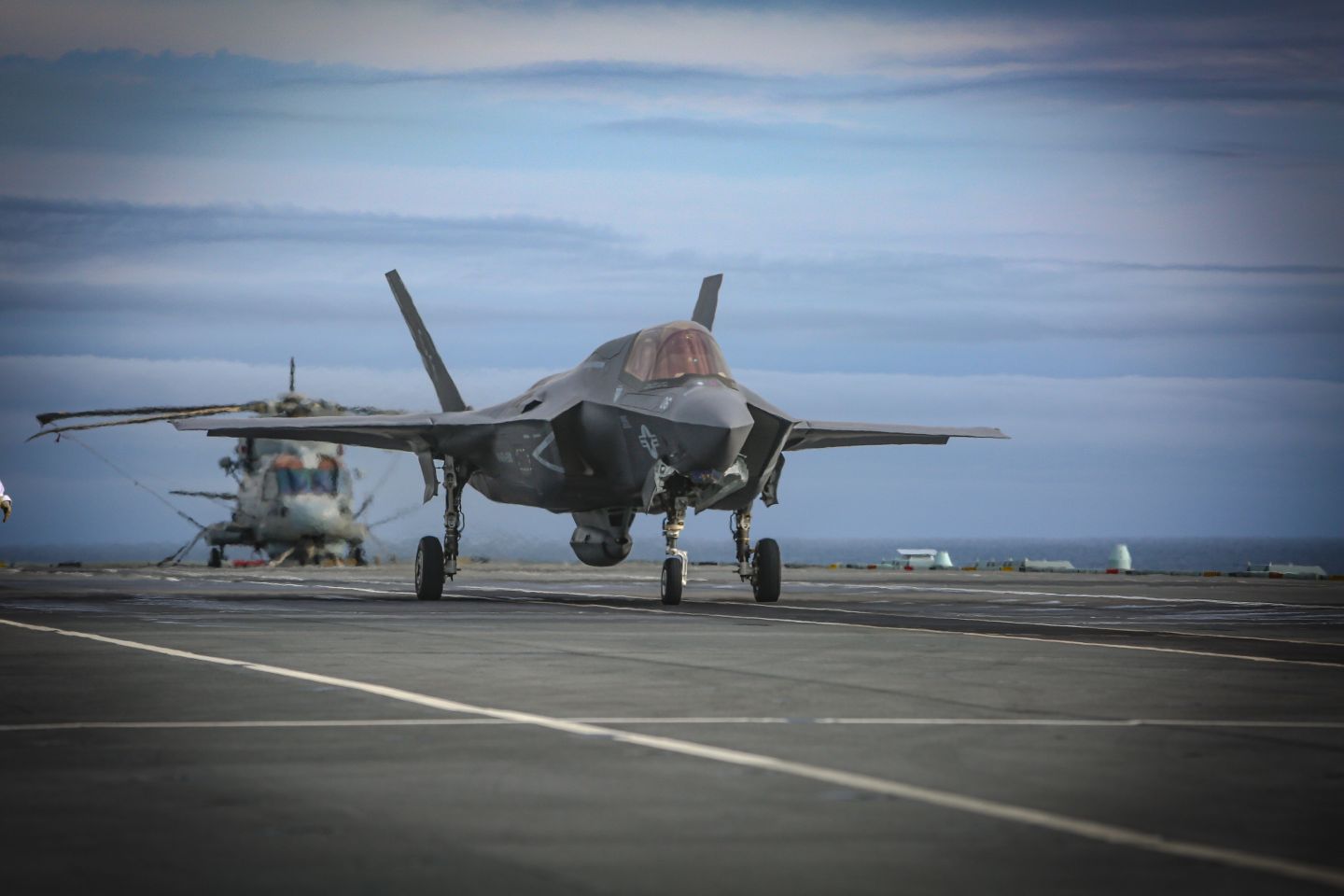 A US Marine Corps F-35B accelerates in preparation for launch from the deck of HMS Queen Elizabeth at sea on 28 September 2020. The Pentagon and Lockheed Martin reached a tentative deal on the company reimbursing the US services over labour costs they incurred in managing non-ready-for-issue, or installation, spare parts for their F-35 aircraft. (3rd Marine Aircraft Wing)

Lockheed Martin has developed an engineering process to improve the integrity of the data between the supply chain and shipping, resulting in a RFI part performance of better than 80%. Ashworth said future improvements planned for implementation in 2021 include refinement of a programme that tracks shipping notices to ensure a spare part delivery RFI performance of better than 90%.

Greg Ulmer, Lockheed Martin F-35 vice-president and general manager, told Janes on 14 September that the company’s spare part RFI rate fluctuates around 83%. It will go down to the low 80s and rise back up. Ulmer said at the time that Lockheed Martin was looking at process improvements to improve the RFI rate.

The Pentagon and Lockheed Martin have reached a tentative agreement over labour costs the United Sta...