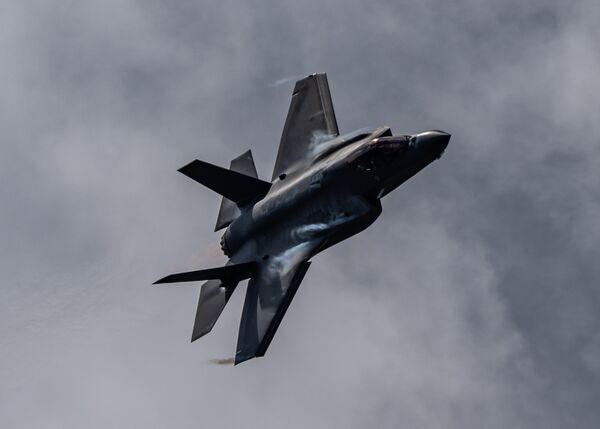 An F-35A flies over the Toronto waterfront on 5 September 2021 during the Canadian International Air Show. The Pentagon and Lockheed Martin have agreed to adjust expectations for future deliveries of the F-35, also known as a production rebaseline. (US Air Force)

The Pentagon and Lockheed Martin have agreed to adjust expectations for future deliveries, also known as a production rebaseline, of the F-35 Lightning II Joint Strike Fighter (JSF).

With this agreement, Lockheed Martin is scheduled to deliver 133–139 F-35s in 2021. Company spokesperson Laura Siebert said on 27 September that Lockheed Martin has delivered 90 F-35s so far in 2021, including four deliveries the week of 20 September. This raises total F-35 deliveries to 701.

Lockheed Martin is projected to deliver 151–153 aircraft in 2022, which is less than what the negotiations earlier in 2021 had indicated. Lockheed Martin said on 16 June that it had initial discussions with the Pentagon to deliver 169 F-35s in 2022, although the company noted at the time that this was not final.

Siebert said that the 169 delivery figure for 2022 was a forecasted target prior to the Covid-19 pandemic. The F-35 Joint Program Office had not responded to a request for comment at the time of publication.

Lockheed Martin anticipates delivering 156 F-35s beginning in 2023, and for the foreseeable future, according to a company statement. The company attributed the Covid-19 pandemic for an aircraft shortfall that developed over the past year. Siebert said this F-35 production rebaseline ensures predictability in the production process, inclusive of 1,900 suppliers.

The Pentagon and Lockheed Martin have agreed to adjust expectations for future deliveries, also know...