On 25 February, the two aircraft dropped seven precision-guided munitions, destroying nine buildings and “partially” destroying two additional facilities in Abu Kamal on the Syrian side of the crossing point into Iraq, Pentagon spokesman John Kirby told reporters the following day. While he acknowledged that the attack caused casualties on the ground, Kirby said the department is still conducting a battle damage assessment. He declined layout the specific intelligence that led to the strike.

“The purpose for striking these targets was twofold. One, clearly to try to make an impact on these groups and their ability to conduct future attacks and two, to send a very clear signal that the United States is going to protect its people and it's going to protect our interests … [and] protect those of our partners in the region,” Kirby said. “These targets were chosen carefully, very deliberately, and struck in exactly the same manner.”

According to Kirby, the targets were used by two Iranian-backed groups — Kait’ib Hezbollah (KH) and Kait’ib Sayyid al-Shuhada (KSS) — to “to enhance and enable their operations inside Iraq”, but he declined to detail why these locations were “valuable”.

”It was about taking away a capability. Now ... we’ll see to what degree there’s a reaction to that,” he added. 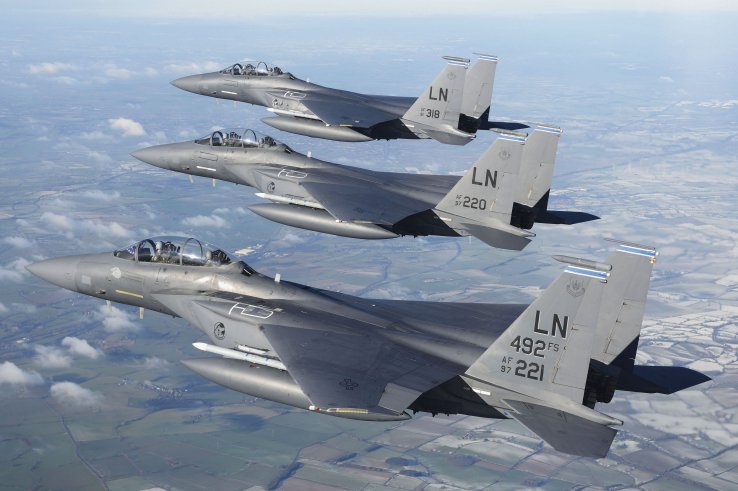 The Pentagon announced on 25 February that it sent two F-15E Strike Eagles to launch seven precision-guided munitions at 11 facilities in Abu Kamal on the Syrian side of the crossing point into Iraq. (Janes/Jamie Hunter)