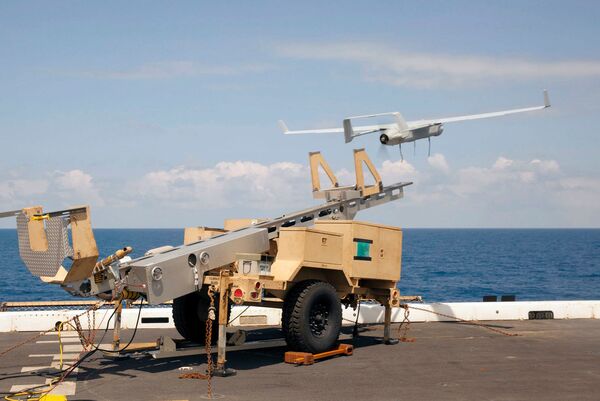 The USMC said that the RQ-21A is “no longer operationally relevant”. (US Marine Corps)

The US Navy (USN) and US Marine Corps' (USMC) fiscal year (FY) 2023 budget request totalled USD230.8 billion, but the services are looking at divesting several air assets to save money, according to documents released on 14 April.

The USN plans to divest all of its non-carrier-based EA-18G Growler electronic attack aircraft, which includes five Growler squadrons (or 25 aircraft). End strength will be reduced by 50% in FY 2024 and fully by FY 2025, according to the documents. Half of the aircraft will be sent to the Aerospace Maintenance and Regeneration Group (AMARG) at Davis-Monthan Air Force Base, Arizona, in FY 2024 and the rest in FY 2025. The service does not expect any cost savings in FY 2023, but sees a savings of USD807.8 million across its five-year budget plan, known as the Future Years Defense Program (FYDP).

The USN also plans to divest its Helicopter Sea Combat Squadron (HSC) 85. The squadron is made up of MH-60S Sea Hawks and provides training for special operations forces. The service estimates cost savings of USD21.6 million in FY 2023 and USD312.5 million in the FYDP.