Chinese state-owned media indicated on 18 May that an artillery company under the People’s Liberation Army Ground Force’s (PLAGF’s) Xinjiang Military Command has been equipped with the PCP001 fire-support vehicle. 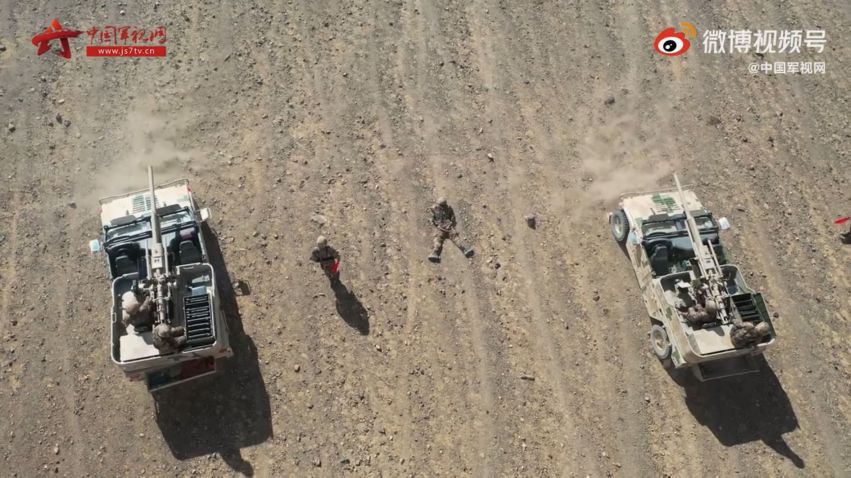 A screengrab from footage released by CCTV on 18 May showing that the PCP001 fire-support vehicle is now operated by the artillery brigade of a combined arms battalion in Xinjiang. (CCTV)

Broadcaster China Central Television (CCTV) released video footage showing at least six examples of the PCP001, which is based on a modified 4×4 Dongfeng EQ2050 vehicle, being used in live-fire drills at an undisclosed location, presumably in the Xinjiang Uygur Autonomous Region.

CCTV said that the drills were held by the artillery company of a combined arms formation at an altitude of more than 4,800 m above sea level.

No details were provided about the battalion or whether this is the first time the PCP001, which is fitted with an 82 mm rapid-deployment automatic mortar system, is being used by the Xinjiang Military Command.

Chinese state-owned media indicated on 18 May that an artillery company under the People’s Liberatio...

The modernisation and mechanisation of the People's Liberation Army Ground Force's (PLAGF's) Xinjian...