Footage released by state broadcaster China Central Television (CCTV) via Weibo on 13 May shows at least five examples of the SPH being used in live-fire drills by an unidentified brigade under the PLAGF’s 75th Group Army at an undisclosed location in China.

CCTV reported that the drills were held to “test the combat effectiveness of [the] equipment”. 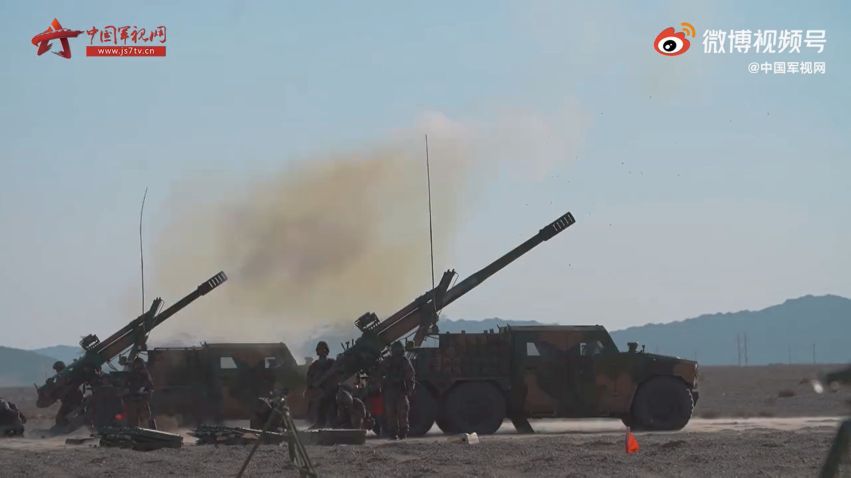 A screengrab from footage released by CCTV on 13 May showing a new type of wheeled SPH – commonly referred to as the PCL-171 – taking part in a live-fire exercise with a brigade under the PLAGF’s 75th Group Army. (CCTV)

The revelation means that the new SPH, which is based on a modified Dongfeng Mengshi CTL181A 6×6 armoured vehicle, is now in service with at least two PLAGF group armies: the 75th, which is part of the Southern Theatre Command; and the 72nd, which is under the Eastern Theatre Command.

No details were provided about when the 75th Group Army began receiving PCL-171s, but the SPH type is believed to have been handed over to the 72nd Group Army in the second half of 2020.

Based on information provided by CCTV in previous reports, the PCL-171 features an automated fire-control system with automatic gun-laying, allowing all SPHs linked to the command vehicle to press a single button to automatically lay their gun onto the target. This functionality makes the system much quicker than towed howitzers using manual gun-laying.

Chinese state-owned media indicated on 18 May that an artillery company under the People’s Liberatio...
Request Consultation