Sweden’s Saab has revealed that it is including two GlobalEye airborne early warning and control (AEW&C) aircraft into its bid for Finland’s Boeing F/A-18C/D Hornet replacement programme, known as H-X.

The announcement came at a briefing held on the sidelines of the Turku Air Show in Finland on 14 June, alongside confirmation that the company had submitted a bid for 52 Gripen E and 12 two-seat Gripen F aircraft to the Finnish Air Force for its consideration. 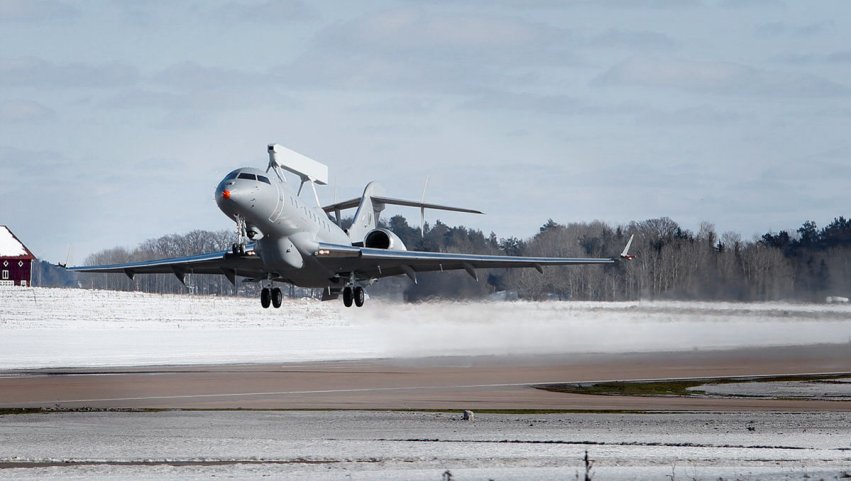 Saab has revealed that it is incorporating two GlobalEye AEW&C aircraft into its bid for Finland’s H-X programme. (Saab)

Anders Gardberg, Country Unit Finland managing director for Saab, told Jane’s that bidders for the H-X programme had been encouraged to “think outside the box” by Finland in their approach to the bid, with the companies being set seven different scenarios by the Ministry of Defence and having to answer 2,500 questions in response to their submissions.

Anders Carp, Saab senior vice-president and head of the company’s Surveillance business line said that the company’s offer to Finland “is a comprehensive solution for air power and air defence, responding to the requirements of the H-X programme … combined with the Gripen E/F aircraft, [GlobalEye] will provide a substantial contribution to the joint operational capability of the Finnish Defence Forces”.

Saab is currently contracted to deliver three GlobalEye aircraft for the United Arab Emirates Air Force by the end of 2021, with the first aircraft flying in March 2018. Based on the Bombardier Global 6000 business jet, the aircraft can provide advanced airborne and ground surveillance to operators.

Sweden’s Saab has revealed that it is including two GlobalEye airborne early warning and control (AE...