The new roll-on, roll-off fire attack system (FAS) has been made by Simplex Aerospace in collaboration with the European SCODEV Consortium. A water scooping device, developed by SCODEV, will allow the aircraft to refill its firefighting tanks without the need to return to base for refilling.

According to SCODEV, the technology can allow an aircraft to refill its tank from as little as 50 ft, and drop onto fires up to five times per hour. The system can deliver 10,600 litres of water onto a fire, and an additional 568 litres of foam retardant can be carried in a separate tank. Total fill time for the water tank using the SCODEV system takes between 60 and 90 seconds, with evacuation in less than seven seconds. 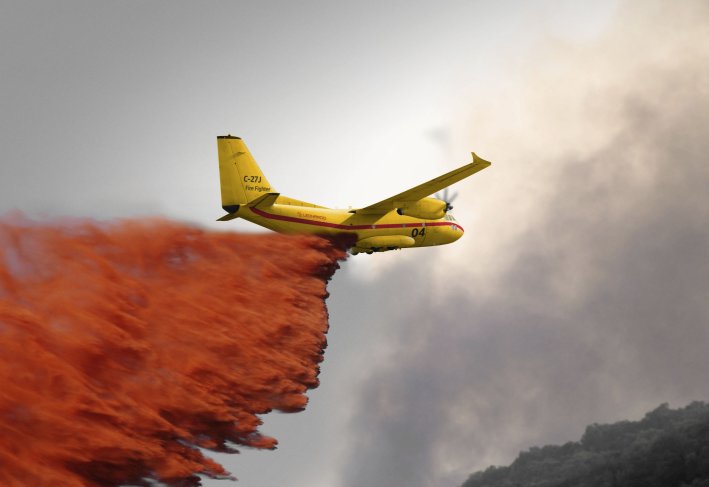 The C-27J's new firefighting configuration can drop 568 litres of foam retardant on a fire. (Leonardo)

The FAS can be installed or removed in 60–90 minutes via the rear loading ramp, with the water or foam being dispersed via “S” ducts fitted into the aircraft’s paratrooper doors at the rear of the aircraft. 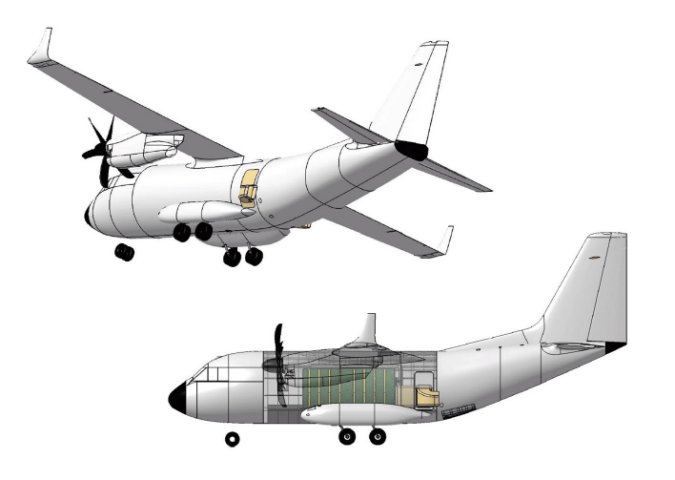 The SCODEV system is fitted in the aircraft's hold, and uses S-vents mounted in the paratrooper doors. (Leonardo)

The addition of the system is an option that can be added to the new C-27J baseline configuration that incorporates new avionics systems, cockpit control panels, and LED aircraft lights. Existing C-27J operators are able to obtain both the firefighting and new avionics fits as part of a retrofit upgrade package.

Leonardo executives told Jane’s that the system has received interest from new and existing customers of the C-27J, particularly in Latin America.