Designated the DA62-MSA, the new aircraft was developed in conjunction with Italy’s Leonardo, and features an intelligence, surveillance, and reconnaissance (ISR) suite utilising the Leonardo Airborne Tactical Observation and Surveillance (ATOS) mission system. 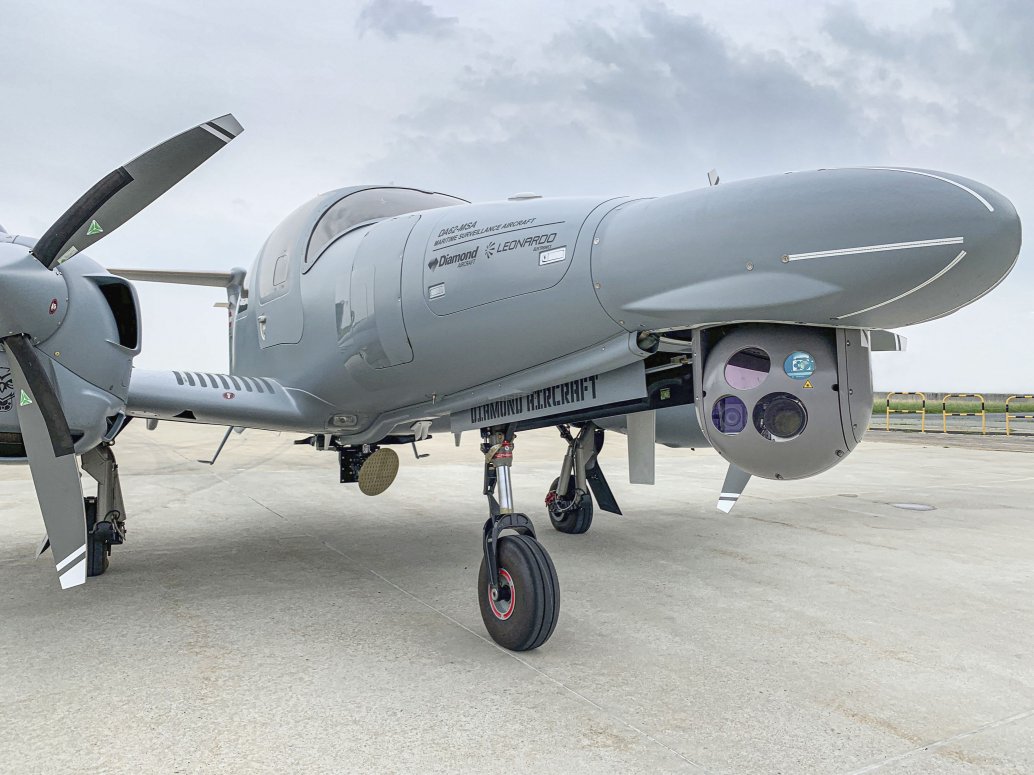 The aircraft’s baseline sensor fit includes a Gabbiano Ultra-Light TS Radar and EO/IR turret. The Gabbiano radar allows the aircraft to undertake both land and maritime surveillance operations, including high-resolution ground mapping, ground moving target indication, and weather avoidance. The inputs from the system are sent to an operator’s ATOS touchscreen onboard the aircraft.

The aircraft has a maximum take-off weight of 2,300 kg, and an endurance of up to eight hours.

The company is expecting to be able to supply the aircraft to the market from the end of 2019.