The new defence budget will represent about 16% of the government's total expenditure for 2021–22 and has been announced against the backdrop of Pakistan's improving economy. In 2020–21 the country's GDP is forecast to climb by nearly 4%, despite the ongoing Covid-19 pandemic. 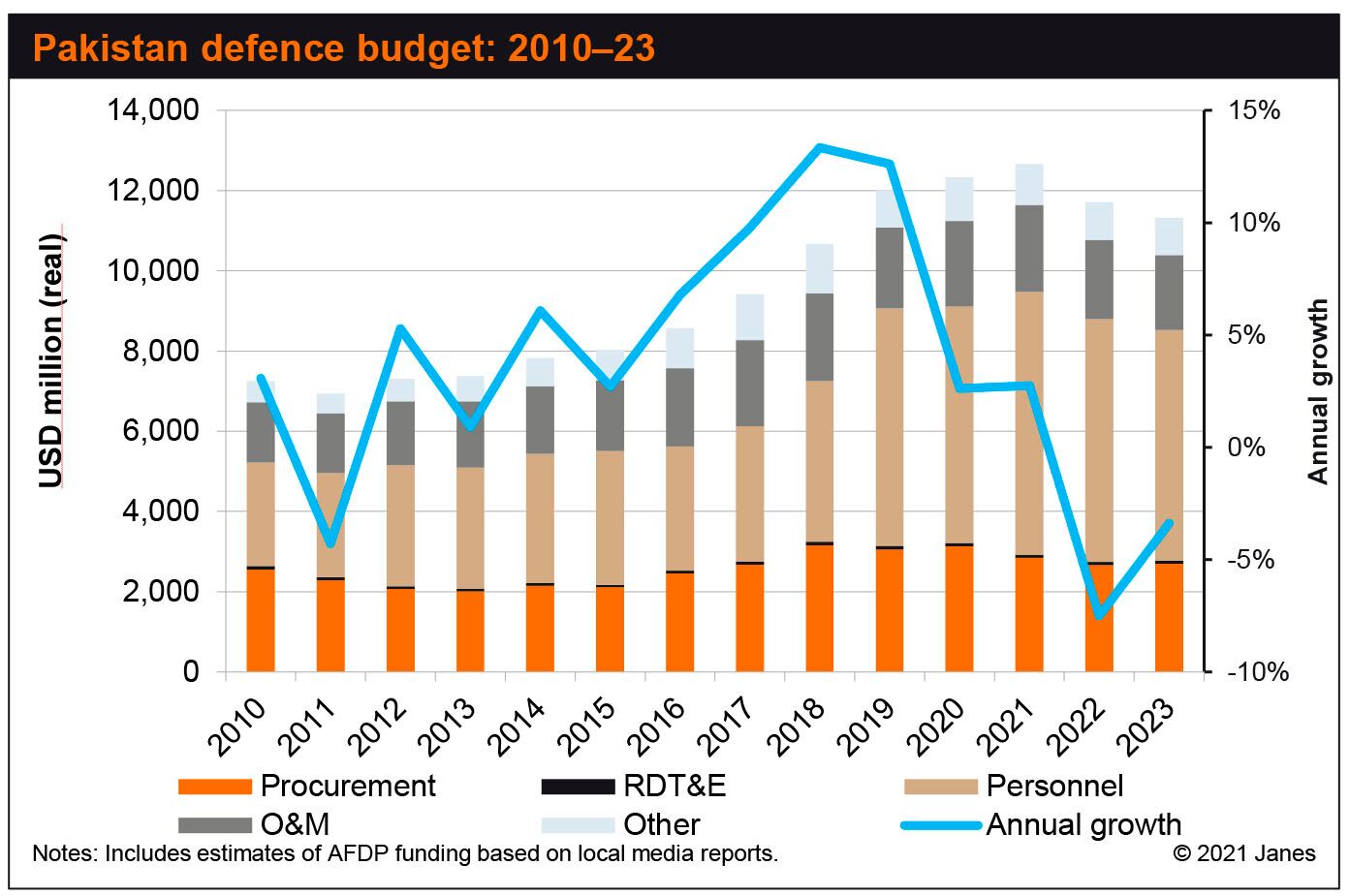 Pakistan's defence budget will increase in 2021–22 but is forecast by Janes to decline over the next two years. (Janes Defence Budgets)

The bulk of Pakistan's defence budget is allocated to Defence Services, with a small amount for Defence Administration. The largest expenditure in the former appropriation is employee-related expenses, which in 2021–22 receives PKR481.6 billion, a 1% year-on-year increase.

In terms of the armed services, the Pakistan Army will receive PKR651.5 billion in 2021–22 (or nearly 48% of the total), while the Pakistan Air Force and Pakistan Navy have been allocated PKR291.1 billion and PKR148.7 billion (or 21% and 11%) respectively. The majority of the remainder is allocated for defence-wide requirements.

In a separate appropriation, Pakistan's Defence Production Division, which supports the national defence industry, will receive PKR1.74 billion in 2021–22, an increase of nearly 11%.

The Pakistan government has announced a defence budget of PKR1.37 trillion (USD8.78 billion) for fis...