The US Army is purchasing a new tranche of 248 Joint Light Tactical Vehicles (JLTVs) for its soldiers, as well as for sister services and other nations.

On 30 June, the army announced that it had awarded Oshkosh Defense a USD127 million contract to produce and deliver the vehicles by the end of 2022. A spokesperson for the company noted that these JLTVs were destined for the army, US Marine Corps (USMC), and the US State Department.

“While adversaries, terrains, and tactics have all evolved immensely since the vehicle’s conception, the JLTV’s flexible design allows the light tactical vehicle fleet to evolve at a similar pace,” George Mansfield, vice-president and general manager of joint programmes for Oshkosh Defense, said in a statement. The company highlighted “flexibility” as the potential outfit provides the vehicles with an array of weapons, sensors, networks and communications package.

For example, the USMC is developing a new ground-based air-defence system to defeat manned and unmanned aircraft. The effort is centred on the JLTV and the service is poised to announce which turret it has selected for the vehicle under its Marine Air Defense Integrated System [MADIS] Increment 1 initiative. 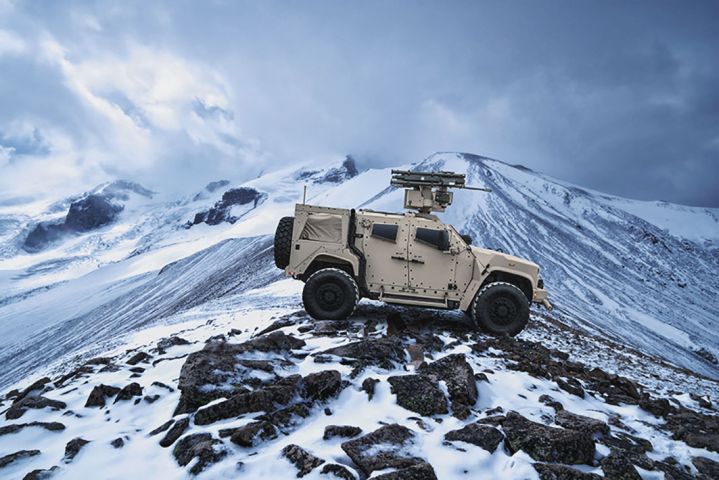 The US Army recently awarded Oshkosh with a USD127 million JLTV contract. Above is a JLTV outfitted with a short-range air defense system. (Oshkosh Defense )