Oshkosh Defense is targeting an increasing range of applications for its TerraMax Unmanned Ground Vehicle (UGV) autonomous technology, with the company seeing uses for TerraMax and related offerings beyond logistics and in more strategic capabilities, the company has told Jane’s . 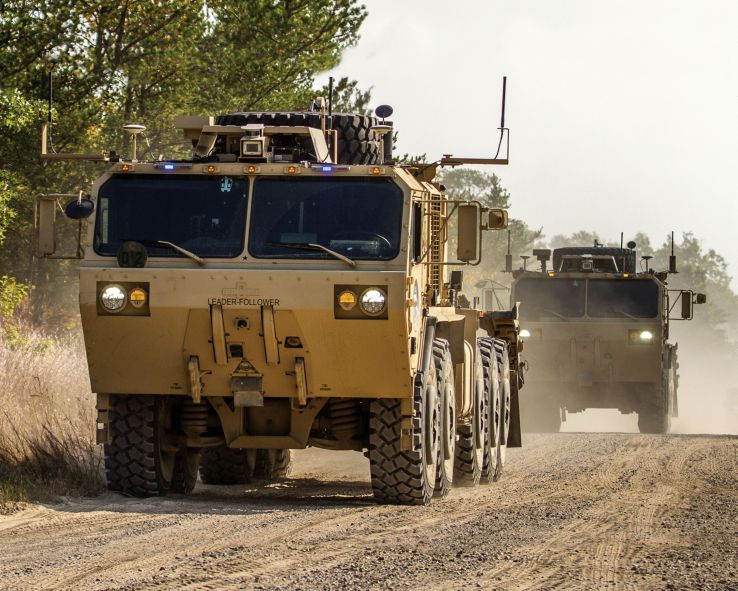 The company began developing the TerraMax UGV in the early 2000s, creating a modular kit that can essentially transform any tactical wheeled vehicle into a UGV. The system enables a single operator to supervise multiple vehicles at once with beyond line of sight situational awareness, with the vehicles capable of functioning autonomously. It has been integrated onto a range of platforms, including the US Marines Corps’ Medium Tactical Vehicle Replacement (MTVR), the US Army’s Family of Medium Tactical Vehicles (FMTV), the MRAP All-Terrain Vehicle (M-ATV) and the Family of Heavy Tactical Vehicles (FHTV).

The aim is for TerraMax – and new systems spun off from TerraMax – to function as a scalable kit that “can plug and play on any one of our vehicle systems”, said Pat Williams, vice president and general manager of US Army and Marine Corps Programs at the company. He explained that the goal is to create a multimodal autonomous capability where users could choose to control the vehicle remotely, allow it to operate fully autonomously, or operate it manually depending on their needs.

TerraMax was initially aimed primarily at logistics operations, Williams said, removing the need to deploy personnel into harm’s way. It has also been used in route clearance, with M-ATVs pushing a mine roller. 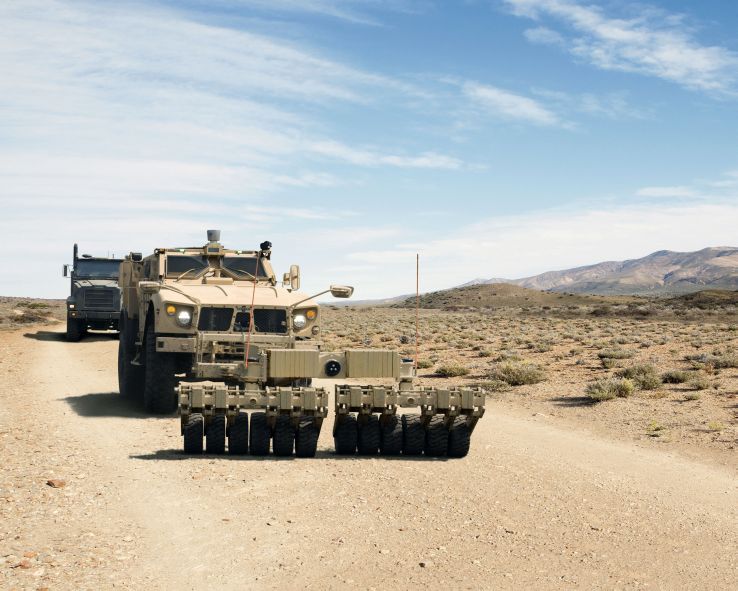 Oshkosh Defense is targeting an increasing range of applications for its TerraMax Unmanned Ground Ve...

A new programme from the US Defense Advanced Research Projects Agency (DARPA) aims to address a key ...

A new programme from the US Defense Advanced Research Projects Agency (DARPA) aims to address a key ...