The Organisation for Security and Co-operation in Europe (OSCE) reported on 17 February that it had identified a 51U6 Kasta-2E1 target acquisition radar at a non-government-controlled training ground in Ukraine, which violates the 2015 Minsk agreement on weapon withdrawal. 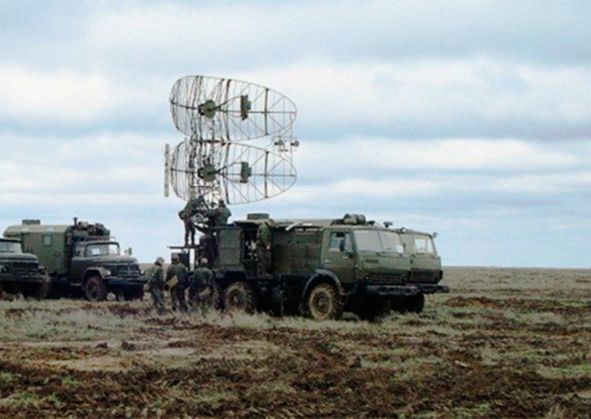 The system, which consists of two vehicles mounted on a KamAZ-43114 6×6 off-road chassis, was observed at a training area near Buhaivka, 37 km southwest of Luhansk, by an OSCE mini-unmanned aerial vehicle (UAV).

Open source investigative website InformNapalm on 24 February also reported the discovery with an image appearing to show the system being covered with a large tarpaulin in the colours of the Ukrainian flag.

The OSCE also identified a 9K35 Strela-10 surface-to-air missile (SAM) system at the same training ground, which was beyond the Minsk withdrawal lines but outside of designated storage.

The 51U6 Kasta-2E1 is a C-band ultra-high frequency (300 MHz-1 GHz) 2D target acquisition radar designed to acquire the range and heading of small targets flying at low altitudes against high background clutter. Its radar apparatus can be elevated up to 50 m using a mast, enabling the system to clear any local features that might block its signal.

Russian sources state that its power output is just 1 kW and that it has a viewing range of 150 km up to altitudes of 6 km. It can detect a target with a radar cross-section of 0.3 m2 flying at an altitude of 60 m from a range of 24 km using its standard mast, but this can be extended to 42 km with the 50 m mast.

The Organisation for Security and Co-operation in Europe (OSCE) reported on 17 February that it had ...