Orolia has developed a new global navigation satellite system (GNSS) testing and simulation suite following its acquisition of Skydel and Talen-X and launched it at the 2019 DSEI exhibition in London.

Jean-Yves Courtois, CEO of Orolia, said the spoofing and jamming of GNSS was a concrete and rising threat to military operations, citing several recent reported incidents. 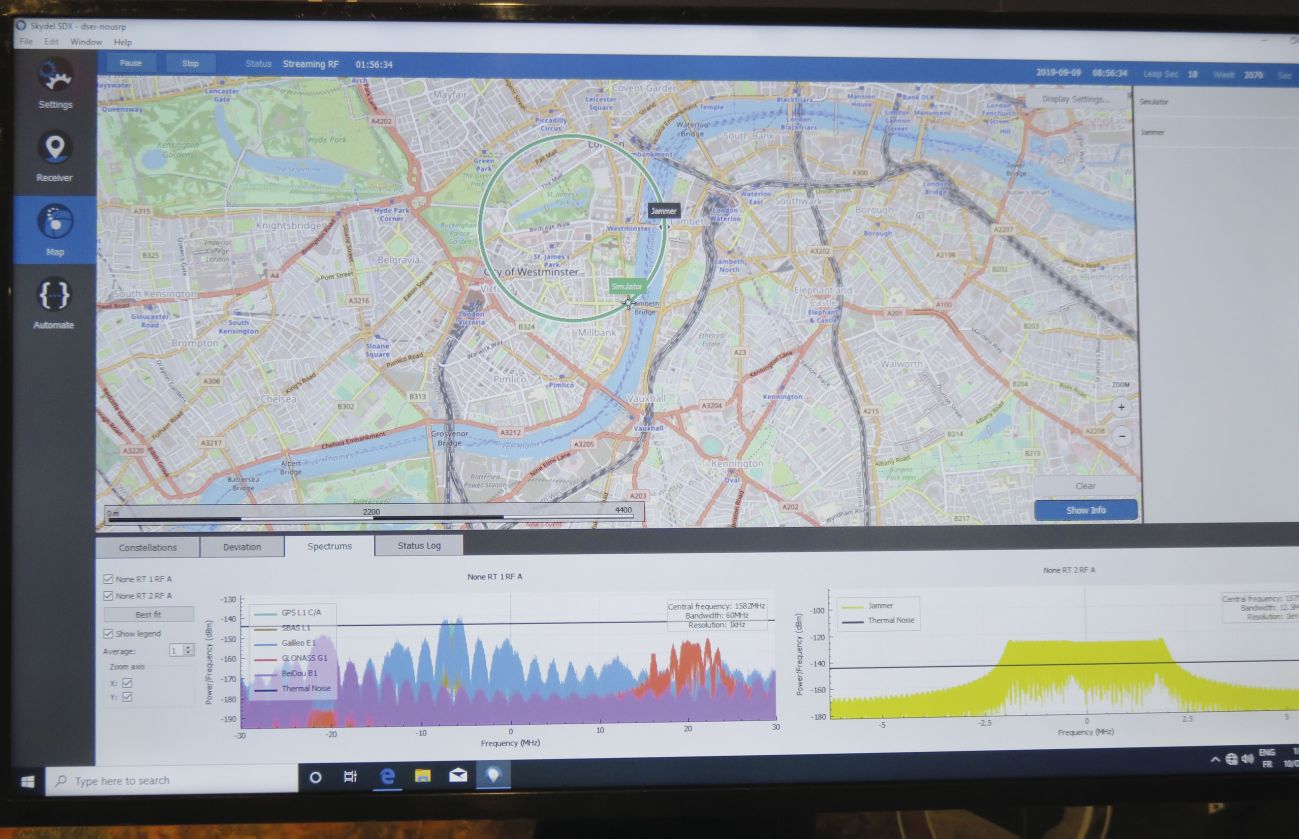 The Orolia GSG-8 GNSS simulation and test platform showing a simulated unmanned aerial vehicle (UAV) with a GNSS receiver flying a circular pattern with a simulated static jammer. The graphs at the bottom of the screen show signals from the different GNSS constellations and the impact of the jammer as the UAV comes in range. (Giles Ebbutt)

Courtois asserted that assured position, navigation, and timing (APNT), either by adopting defensive measures to protect the GNSS capability or by using alternative solutions, is an urgent requirement that many countries are now addressing.

An important part of this work is identifying the vulnerabilities of existing GNSS receive equipment to a range of different threats and then testing the solutions devised to mitigate the threats or provide countermeasures.

The company’s new suite includes the latest version of its GNSS signal generator (GSG) testing solution GSG-8 and the Skydel-based simulators GSG Wavefront and GSG Anechoic. Cortois emphasised that these have been developed based on the software-defined radio approach, using commercial-off-the-shelf (COTS) hardware and some COTS software such as computer graphics. This provides a very flexible testing and simulation environment that can be easily adapted through software changes.