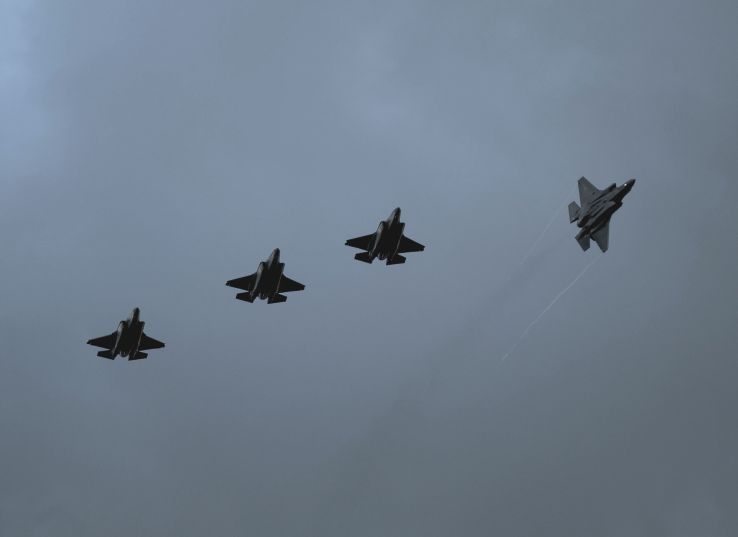 Four UASF F-35As arriving at Mont-de-Marsan Air Base, France. During their first non-air show deployment to France, the F-35s will participate in multiple events, including Exercise ‘Atlantic Trident 21’. (US Air Force)

Four F-35As from the 4th Fighter Squadron, an amalgamation of personnel from the active 388th Fighter Wing (FW) and the reserve 419th FW at Hill Air Force Base, Utah, arrived at Mont-de-Marsan Air Base in southern France for training and regional reassurance operations.

“During their time in the European theatre, the 4th Fighter Squadron (FS) aircraft will participate in multiple events, including ‘Atlantic Trident 21’, underscoring the steadfast US commitment to the region and enhancing interoperability with NATO allies and partners,” the USAF said.

Exercise ‘Atlantic Trident 21’ is to take place at Mont-de-Marsan Air Force Base from 17 to 28 May, with the goal of enhancing fourth- and fifth-generation interoperability between France, the United Kingdom, and the United States.

As noted by the USAF, this event marks the third time that the 388th FW has deployed its F-35As to Europe. In April 2017 the 34th FS arrived at Royal Air Force (RAF) Lakenheath in the UK for training, while the 421st FS Theater Security Package arrived at Aviano Air Base in Italy in May 2019.

Separate to these 388th FW deployments to Europe, a pair of F-35As appeared at the 2017 Paris Airshow at Le Bourget, France. The USAF has also shown the aircraft at other European aerospace events, including the ILA Berlin Airshow in 2018.