According to the ONR, the Screaming Arrow weapon system is intended to fulfil a naval role and, accordingly, in conjunction with its hypersonic, air-breathing characteristics, it must also be both aircraft carrier (CVN)-compliant and compatible with the US Navy (USN)/US Marine Corps F/A-18E/F Super Hornet multirole combat aircraft.

The solicitation sets the prospective Screaming Arrow development firmly within the orbit of the USN's ambitions for a near-term air-launched hypersonic or near-hypersonic anti-surface warfare capability. Although omitted from the latest Special Notice, the original solicitation references the baseline target set for the weapon system: “The specific use case of Screaming Arrow is Offensive Anti-Surface Warfare (OASuW). The threshold target set includes, but is not limited to, surface combatants and capital ships.” However, both releases note: “The need for Screaming Arrow technologies arises from a capability gap in propulsion solutions for servicing adversary targets at range within a compressed time of flight, which is not achievable with today's sub-hypersonic weapon approaches.” 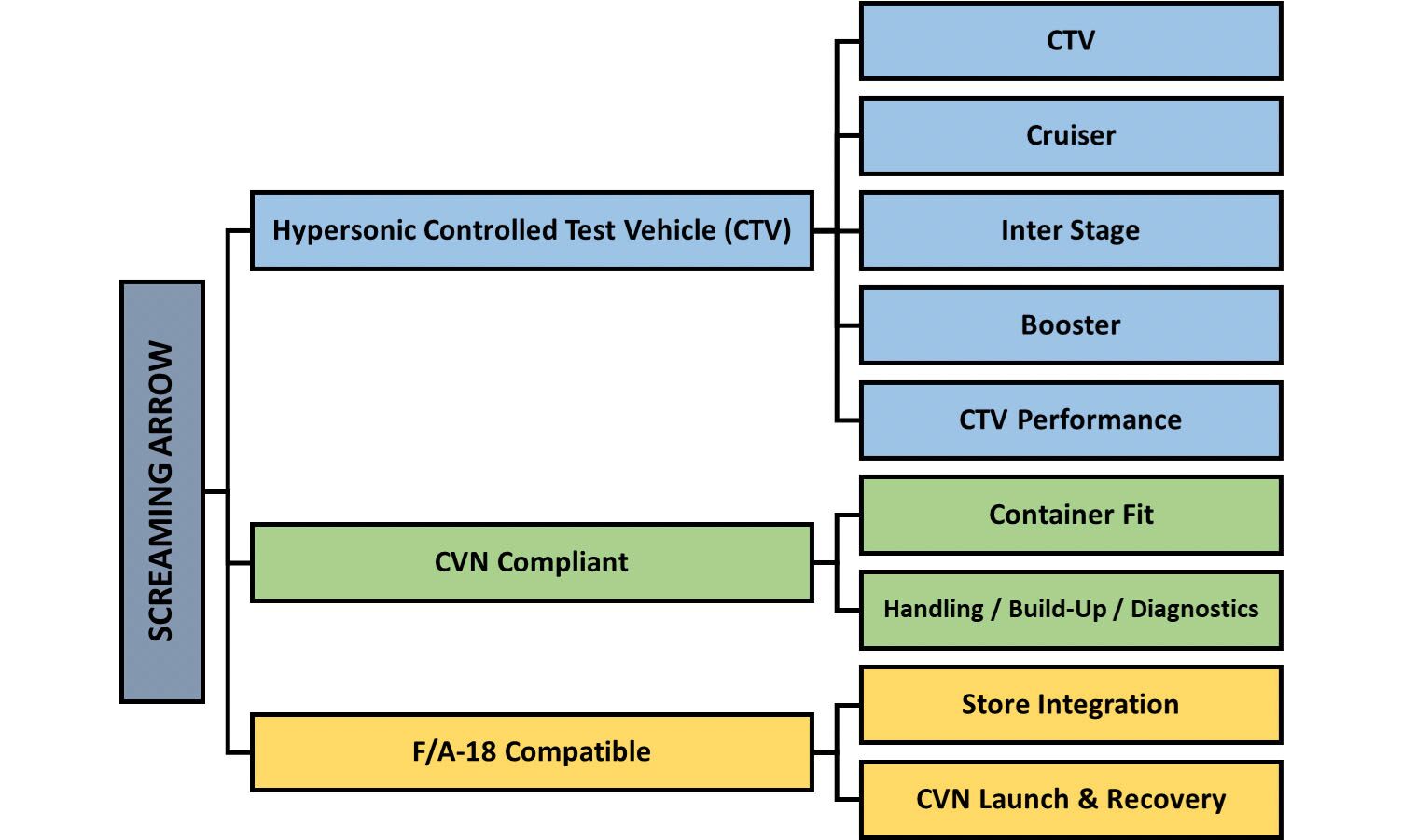