OCEA hands over 84 m OPV to the Philippine Coast Guard

French shipbuilder OCEA has delivered an 84 m offshore patrol vessel (OPV) that was on order for the Philippine Coast Guard (PCG).

The vessel, which will be known as BRP Gabriela Silang (8301) once in service, was handed over to the service at Saint Nazaire, France, on 18 December 2019. It was launched at by OCEA at Les Sables d’Olonne in July 2019. 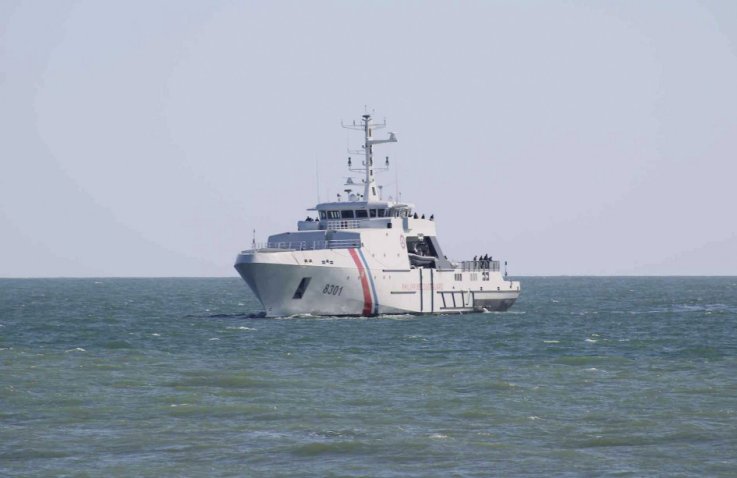 Gabriela Silang during its preliminary sea trials in October 2019. (OCEA)

Gabriela Silang is powered by twin MTU 16V 4000 M73 diesel engines and has a contractual maximum speed of 22 kt with a range of 8,000 n miles at 12 kt. It can accommodate a crew of 40, with 26 additional spaces for mission-specific crew.

The vessel, which has been built to OCEA’s proprietary OPV 270 design, has a flight deck that can accommodate a five-tonne-class helicopter and two telescopic cranes that can launch and recover 9.2 m rigid hull inflatable boats (RHIBs).

The OPV is the fifth and final vessel ordered under a EUR90 million (USD100 million) contract awarded by the Philippine Department of Transportation. Delivery of four other vessels in the contract – the 24 m FPB 72 Mk II patrol boats BRP Boracay , BRP Panglao , BRP Malamawi , and BRP Kalanggaman – was completed in 2018.

Gabriela Silang is scheduled to depart France with its pioneering crew on 30 December, and it is expected to arrive in Manila on 10 February 2020.

French shipbuilder OCEA has delivered an 84 m offshore patrol vessel (OPV) that was on order for the...