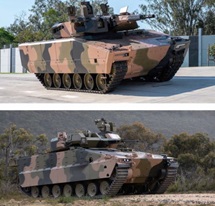 Turkey’s Nurol Makina announced that it has developed and qualified a new self-propelled mortar system based on its fourth-generation Ejder Yalçin 4×4 protected mobility vehicle.

The Ejder Yalçin’s rear troop compartment has been extensively modified to have a wider body that tapers in towards the chassis. The compartment is fitted with two rectangular power-operated roof hatches that open to the sides, allowing the mortar to be raised and fired through the roof, the company said in a 9 February statement. 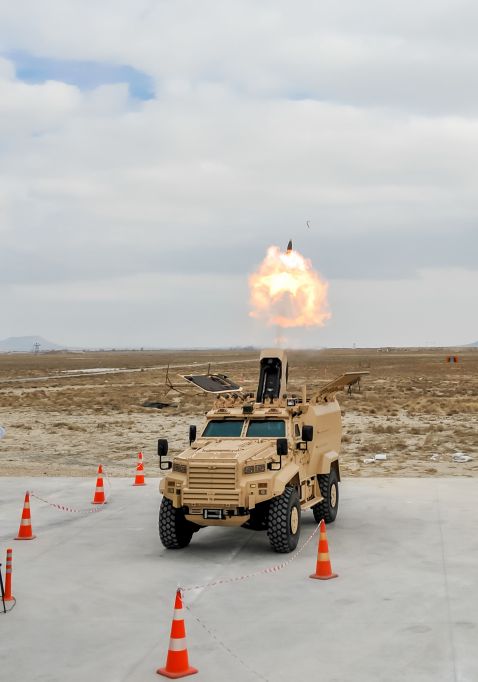 The Ejder Yalcin is shown modified to carry a 120 mm mortar during one of its firing trials. (Nurol Makina)

Nurol Makina said the mortar is the Alkar system from Aselsan, which carries a 120 mm mortar, although others can be integrated. Alkar is designed to be installed onto lighter armoured vehicles and its recoil assembly eliminates the need for stabilisers. The recoil mechanism reduces the recoil force to 235 kN and its mount allows the mortar to be traversed continuously and elevated in a range between 45° and 85°, according to Aselsan.

The mortar requires a crew of three: two located in the vehicle cab and the third in the mortar compartment. Alkar uses a computer-based fire-control system (FCS), also from Aselsan, that uses sharable NATO Armaments Ballistic Kernel fire-control software. In addition, a muzzle velocity radar and meteorological information, as well as information from a forward observer, can be linked into the FCS. The system can be integrated into a battle management system if required by the end user.

Turkey’s Nurol Makina announced that it has developed and qualified a new self-propelled mortar syst...

FNSS has revealed the first complete prototype of its marineassault vehicle (MAV), or ZAHA (Zırhlı A...

FNSS has revealed the first complete prototype of its marineassault vehicle (MAV), or ZAHA (Zırhlı A...