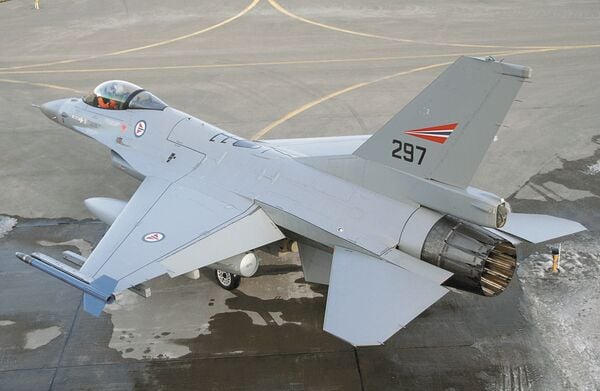 Norway has retired its F-16 fleet after 42 years in service. Its roles have been taken on by the F-35A. (Janes/Patrick Allen)

The Royal Norwegian Air Force (RoNAF) announced the milestone on 6 January, noting that its 57 remaining F-16AM/BM aircraft, first received in 1980, had been fully replaced by the F-35A, the first 52 of which were received in 2015.

“In dense snow drifts on Evenes, the F-35 started today the job of looking after Norwegian airspace. At the same time, the F-16 was thanked for 42 years of service for Norway and NATO,” the RoNAF said.

As noted by the RoNAF in its announcement, the handover sees two F-35As placed in 15-minute Quick Reaction Alert (QRA) readiness. Although the F-16 performed this mission from Bodø, the F-35 will do so from Evenes.

Prior to standing up for their national QRA role, the RoNAF F-35As have flown on the NATO Icelandic Air Policing mission during 2020–21.

With 31 aircraft so far delivered, full operating capability for the F-35A in RoNAF service is scheduled for 2025.