Northrop Grumman is touting its MQ-8C Fire Scout unmanned aircraft system (UAS) as a future ship-based anti-submarine warfare (ASW) platform, with a recent trial off the coast of California demonstrating the concept. 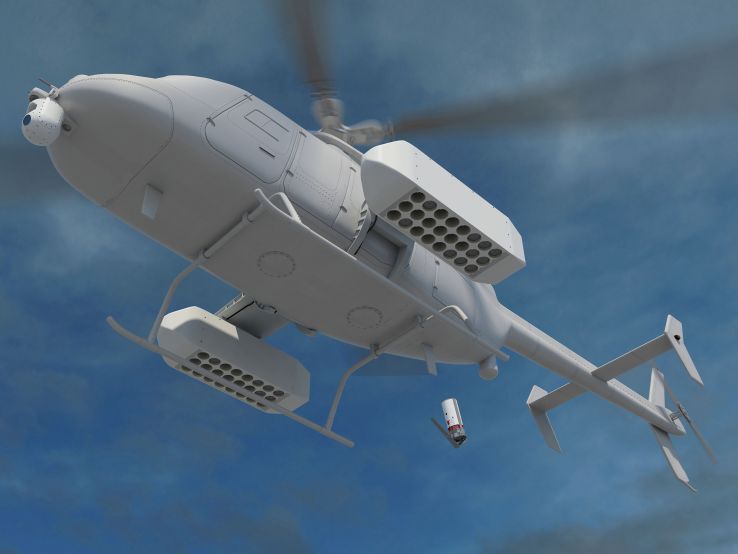 An artist’s impression of a Fire Scout unmanned helicopter dropping a sonobuoy from one of two external pods. (Northrop Grumman)

Speaking to Janes on 4 February, Dan Redman, Fire Scout maritime mission expansion lead at Northrop Grumman, said that the MQ-8C currently serving with the US Navy (USN) would make for a ready-made ASW solution in both its lift capacity and endurance, as shown by an October 2020 trial using a surrogate manned Bell 407 helicopter off San Clemente Island.

“The GIUK [Greenland, Iceland, and UK] Gap, Westpac [western Pacific], declining budgets, and ageing aircraft fleets have all been catalysts at Northrop Grumman to put our heads together to see what more missions our two navy unmanned platforms could accomplish,” Redman said. “With the [MH-60R and P-8A Poseidon] manned counterparts to the Fire Scout and Triton both doing ASW, it made sense.”

Redman explained that for some years Northrop Grumman has been working alongside UK company Ultra in developing an ASW capability for the Fire Scout, culminating in the demonstration.

“Ultra makes about 90% of all the sonobuoys used in the West. They make the G-sized sonobuoy, which is about half the size of the A sonobuoy [as carried by the Poseidon maritime multimission aircraft] and a miniaturised sonobuoy receiver,” Redman said.