Northrop Grumman and Raytheon are vying to build four 50 kilowatt (kW)-class lasers for US Army Stryker vehicles after the service picked Kord Technologies as the prime contractor for an effort that could top USD490 million.

In July, the service awarded Kord Technologies with a USD203 million contract to deliver 50 kW-class lasers on a platoon of four Stryker vehicles in fiscal year 2022 (FY 2022) as part of its Maneuver-Short Range Air Defense (M-SHORAD) mission. Kord Technologies is currently working with two subcontractors, Northrop Grumman and Raytheon, who will each develop one prototype laser. 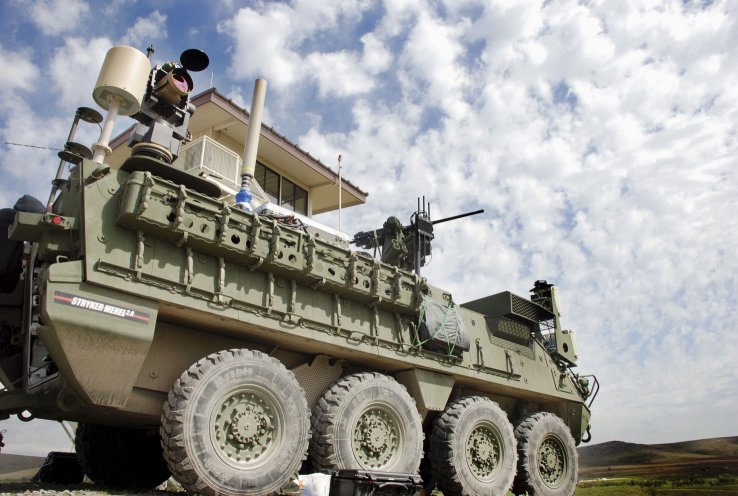 A Stryker with the 5 kW laser, mounted on the vehicle’s rear. The US Army has decided to accelerate development of its MMHEL effort that seeks to integrate a 50 kW-class laser on the vehicle. Northrop Grumman and Raytheon are now competing to design the laser for four prototype vehicles. (DIVIDS)

“Under the terms of the contract, the two laser vendors have approximately one year to produce the required laser subsystems, integrate them onto the Stryker platform, and complete a competitive performance checkout leading into a range demonstration against various threats,” the service said. After evaluating the results, the service plans to purchase three additional laser-equipped Strykers, for a total of four prototype vehicles with a ceiling value of USD490 million.

General Dynamics Land Systems, which makes the Stryker, is helping with the integration work.

Northrop Grumman and Raytheon are vying to build four 50 kilowatt (kW)-class lasers for US Army Stry...