Next article
Iran denies airliner was shot down

The sonar and the associated D&R system were installed on a prototype Mine Countermeasures Unmanned Surface Vessel (MCM USV) to demonstrate its ability to conduct a minehunting mission as part of a MCM Mission Package aboard the US Navy’s (USN’s) Littoral Combat Ships (LCSs). 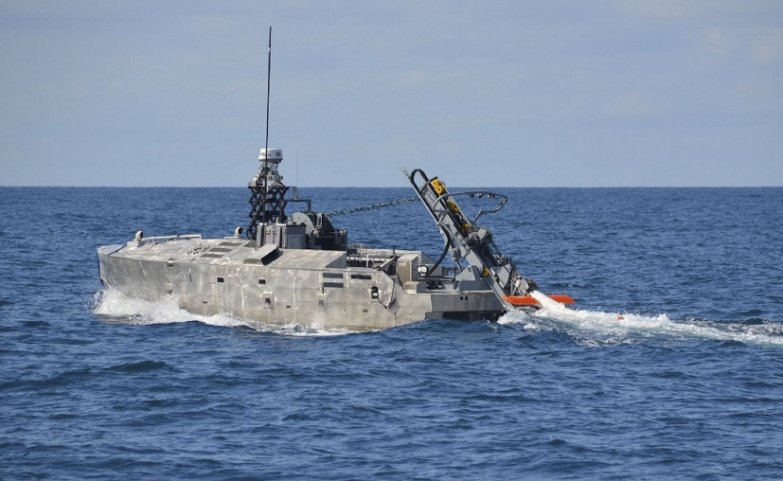 The Mine Countermeasures Unmanned Surface Vessel with the AQS-24B minehunting sonar seen during a sea trial. (Northrop Grumman)

The MCM USV programme aims to produce an easily deployable offboard platform that can perform mine detection and neutralisation missions autonomously. Embarked on the USN’s LCSs, these vehicles will operate the Influence Sweep System and AQS-20 and AQS-24 minehunting sonar systems.

Three prototype vehicles built by Textron – based on its common unmanned surface vehicle (CUSV) platform – are in operation. Funds for three more development vehicles were authorised in 2018 and 2019, with an order expected to be made once the programme reaches its engineering and manufacturing development phase. A full competition for a production ready MCM USV is scheduled for 2020.

US Navy puts unmanned integration to the test

The US Navy (USN) has completed a major Pacific Fleet exercise designed to demonstrate the operation...

The US Navy (USN) has completed a two-day series of at-sea trials with unmanned systems using the Mi...
Request Consultation