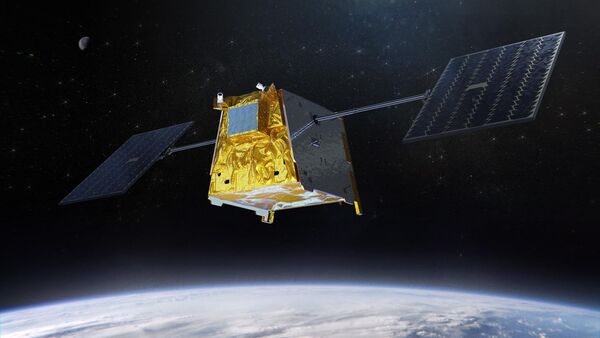 US defence company Northrop Grumman is teaming up with Airbus US Space & Defense to develop prototype satellite communication (satcom) platforms, in support of the US Department of Defense's National Defense Space Architecture (NDSA), according to company officials.

Under the terms of the deal announced on 5 July, Airbus will provide 42 satellites “as well as assembly, integration, and test (AIT); launch; and space vehicle commissioning support services” to Northrop Grumman. The satellites and associated services will support Northrop Grumman's efforts to develop prototype space vehicles and datalink capabilities for NDSA's Transport Layer Tranche 1 (TLT1) variant.

The Airbus satellites will be derivatives of the company's Arrow low Earth orbit (LEO) satellite platform, outfitted with greater power capability and a larger payload accommodation, according to a company statement issued on 5 July. “This modular solution offers a scalable 300–500 kg bus for the Northrop Grumman payload” being developed for TLT1 as well as other future satcom systems being considered by the Space Development Agency (SDA) under the NDSA, company officials said in the statement.

Northrop Grumman, along with Lockheed Martin and York Space Systems, was awarded a set of prototype development contracts in February, totalling USD1.8 billion, to develop the TLT1 variants by the Pentagon's SDA. The 42 Airbus satellites provided to Northrop Grumman represent one-third of the total 126 satellites contracted by the SDA for TLT1 prototype work, agency officials announced in February.

US defence company Northrop Grumman is teaming up with Airbus US Space & Defense to develop prototyp...