US Army General Paul LaCamera, the Biden administration’s nominee to be the next commander of US Forces Korea (USFK), said North Korea is not only continuing to build its nuclear programme, but is also unlikely to surrender its nuclear stockpile and production capabilities.

In a statement on policy questions submitted ahead of an 18 May hearing before the US Senate Armed Services Committee, Gen LaCamera said North Korea “has not taken any concrete steps towards denuclearisation”, adding that he does not believe economic sanctions alone will achieve this goal.

“Economic sanctions must be combined with a whole-of-government approach, including all elements of national power and the international community, to convince the [North Korean] regime to return to meaningful negotiations,” he said. “While I do not know what will ultimately incentivise or dissuade the regime to denuclearise, maintaining a combat credible force that is regularly exercised at echelon is an essential tenet to engage North Korea from a position of strength in any discussion of incentives or disincentives.”

Gen LaCamera, who is currently the commander of US Army Pacific, said Pyongyang continues to pursue capabilities to “hold key alliance targets at risk”. For instance, he stated that North Korea showcased “newer and developmental missile … and advanced ballistic fuel systems” in 2020, noting that a total of 76 individual ballistic missile systems, some of which probably have a nuclear capability, were paraded in October of that year. 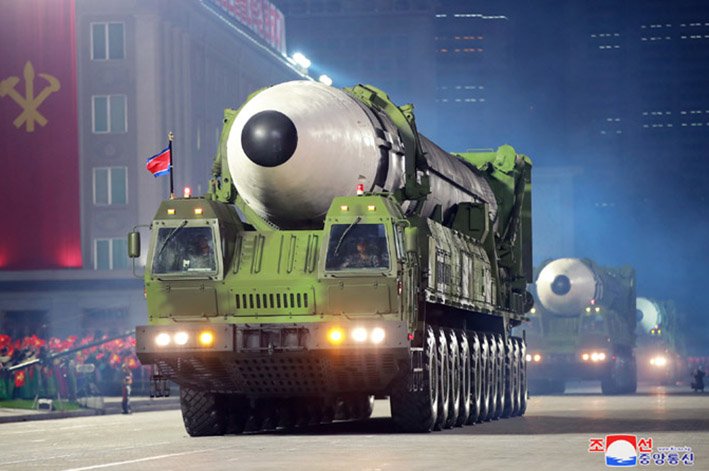