The ballistic missile systems paraded by North Korea in October 2020 and January 2021 have confirmed the country’s “developing capability” to deliver “tactical and strategic nuclear weapons”, according to a report by a United Nations panel of experts for the UN Security Council (UNSC). 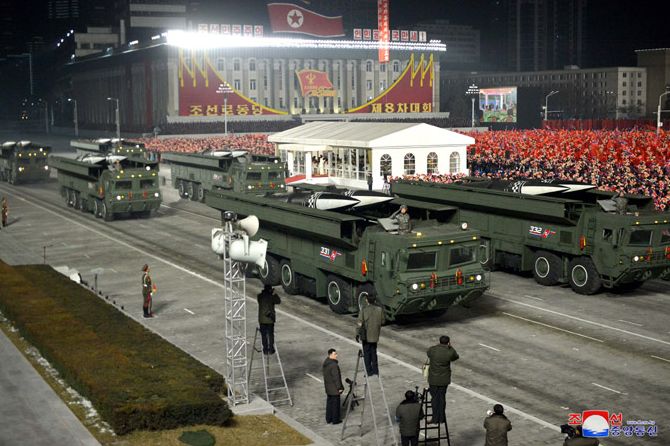 One of the road-mobile SRBM systems paraded by North Korea on 14 January in Pyongyang. The new system, apparently a variant of the KN-23, is believed to have been test-fired on 25 March. (KCNA)

That said, the member state noted that it was “uncertain” about whether North Korea has developed ballistic missiles “resistant to the heat generated during re-entry”.

In their report, which covered the period from 4 August 2020 to 5 February 2021, the experts stated that Pyongyang has also showcased the mobility of its different land-based ballistic missiles, which are deployed from transporter-erector-launchers (TELs), and pointed out that the Northeast Asian country is building a new submarine that is expected to be “capable of launching the submarine-launched ballistic missile (SLBM) Pukguksong-3, as well as probably the new Pukguksong-4 and Pukguksong-5 missiles”.

The ballistic missile systems paraded by North Korea in October 2020 and January 2021 have confirmed...