North Korea displayed its latest mobile intercontinental ballistic missile (ICBM) on 10 October 2020 at the parade in Pyongyang to mark the 75th anniversary of the Workers’ Party of Korea. The ICBM system – the largest mobile ICBM system ever built – has not been officially named, but it is widely referred to by researchers and analysts as the ‘Hwaseong-16’. 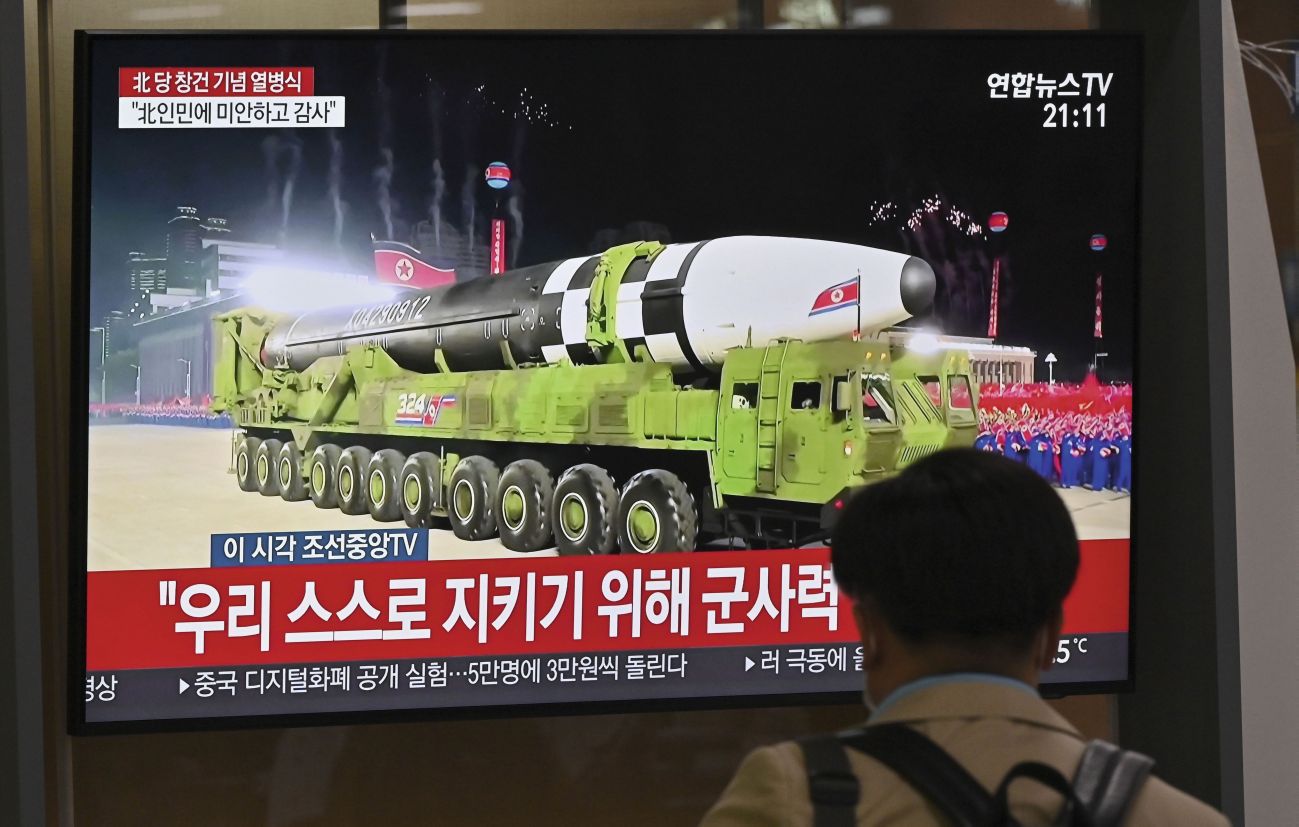 The Hwaseong-16 is shown on a television news broadcast at a railway station in Seoul, South Korea, of a military parade commemorating the 75th anniversary of North Korea’s ruling Workers’ Party held in Pyongyang on 10 October 2020. The new missile is likely to have an impact on the US’s ‘nuclear umbrella’ in the region. (Jung Yeon-je/AFP via Getty Images)

The development of a new North Korean ICBM has implications for North Korea’s neighbours and the United States. North Korea is already capable of targeting its neighbours with an array of shorter-range nuclear-capable missiles. However, if tests of either the Hwaseong-15 or -16 ICBMs are successful and North Korea deploys either or both systems, they are highly likely to have an impact on the nuclear umbrella that the US has maintained in the region for many decades. The upcoming change of US administration will also in the short term have an unsettling effect on these countries.