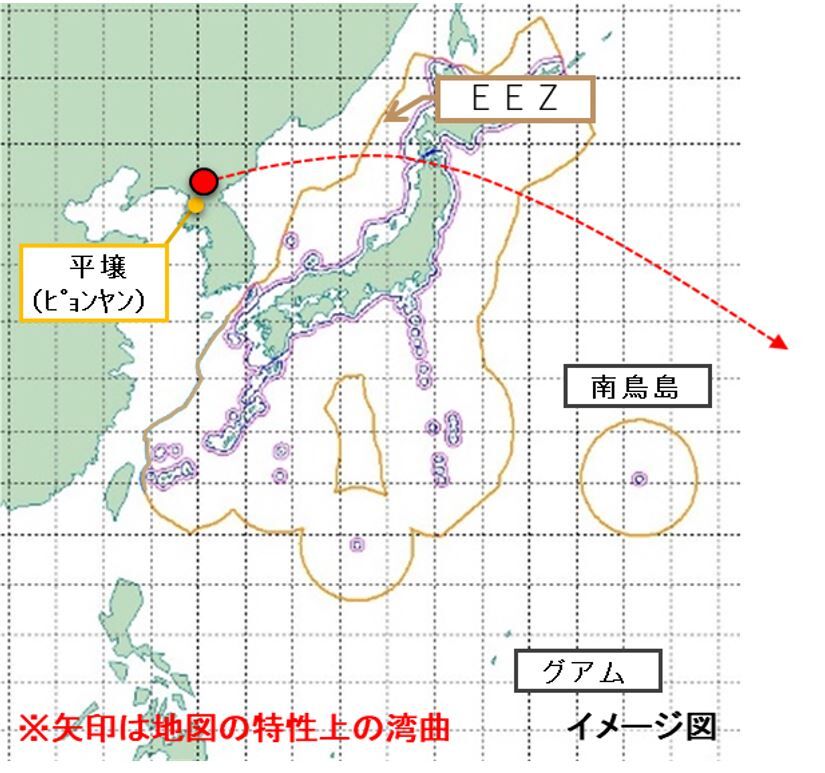 This graphic issued by Japan's MoD shows the trajectory of the IRBM launched by North Korea on 4 October. According to the MoD, the missile travelled 4,600 km – and over Japan's northernmost Aomori prefecture – before landing in the Pacific Ocean, outside Japan's exclusive economic zone. (Japan Ministry of Defense)

North Korea launched an intermediate-range ballistic missile (IRBM) over Japan on 4 October, according to neighbouring countries.

It is the first time that North Korea has fired a missile over Japan since 2017. Data also show that the missile flew farther than any other IRBM launched by Pyongyang. The range and characteristics of the missile suggest the missile could have been a Hwaseong-12 IRBM.

South Korea's Joint Chiefs of Staff (JCS) said it assessed that the IRBM travelled 4,500 km at an apogee of about 970 km. It said its top speed was Mach 17. The JCS said the IRBM was launched from Mupyong-ni in North Korea's northwest Jagang province at around 0720 h local time and “flew past Japan”.

The MoD said its preliminary data showed the missile was in flight for about 16 minutes. It said the missile travelled 4,600 km at a maximum altitude of about 1,000 km before landing in the Pacific Ocean, outside Japan's exclusive economic zone, about 3,200 km east of Japan.

North Korea has made no announcement about the missile launch, which was its fifth in the past 10 days. Four other missiles – all believed to be short-range ballistic missiles (SRBMs) based possibly on the KN-23 missile system – were launched in late September.