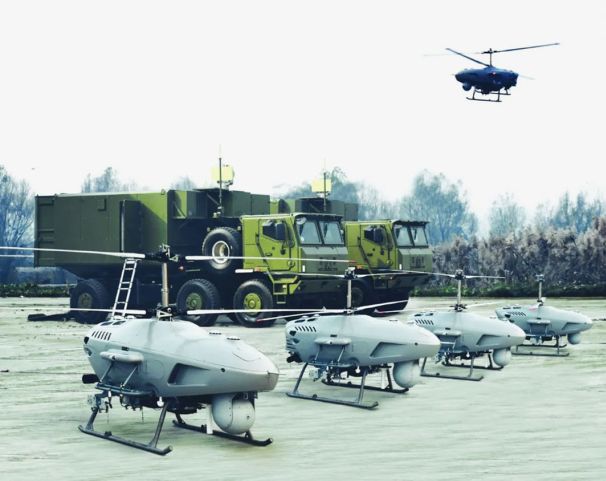 Norinco announced on 27 November that the CR500 Golden Eagle VTOL UAV has passed acceptance trials and been cleared for delivery to an undisclosed customer. (Norinco)

The company released an image via its WeChat account showing a total of five CR500s – each of which is fitted with a chin-mounted electro-optical infrared (EO/IR) sensor turret – and what appeared to be two truck-mounted ground control stations at an undisclosed location.

Norinco said the move marked a “leap forward in the development and production” of the multirole UAV but provided no further details about the image or the intended customer.

The company said that the strike-capable CR500, which features coaxial rotors and can carry various payloads depending on the mission, can be used for battlefield reconnaissance, target acquisition, electronic warfare, communication relay, and damage assessment operations.

An image released by Chinese media shows what appears to be a Sea Cavalry SD-40 vertical take-off an...