The US Marine Corps (USMC) has suspended amphibious assault vehicle (AAV) water operations and has presumed that an additional eight service members are dead after a vehicle sank off the Southern California coast.

On July 30, 15 Marines and one sailor were participating in a training exercise near San Clemente Island, when their AAV began taking on water and sank, according to the service. Only eight Marines were initially rescued, including one who died and two others that remain in critical condition.

After multiple days searching for the eight missing service members, the USMC announced on 1 August that it now presumes that they have died.

“I know all of us in the USMC family are extremely saddened following the announcement of the end of SAR [search and rescue] operations,” USMC Commandant General David Berger wrote in a 2 August tweet. “This difficult decision was made after all resources were exhausted. Our prayers continue to be with the family and friends of the eight Marines and one sailor we lost.”

The USMC is now working to find and recover the missing military members’ bodies and is using the offshore supply vessel HOS Dominator to help, as well as a remotely operated vehicle (ROV) to survey the sea floor. 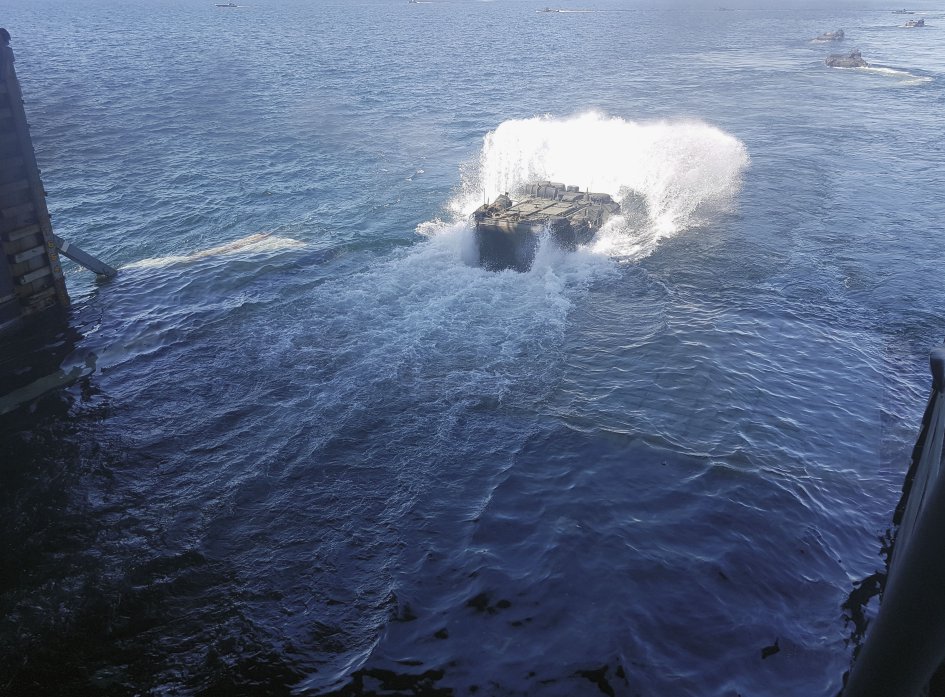 AAVs head for the beach at Ustka, Poland during ‘BALTOPS 18’. The USMC has suspended AAV water activities while it investigates a deadly July 2020 accident. (Dr Lee Willett)

Meanwhile, the service is also investigating what caused the vehicle to sink and Gen Berger has temporarily halted AAV water operations.

The US Marine Corps (USMC) has suspended amphibious assault vehicle (AAV) water operations and has p...