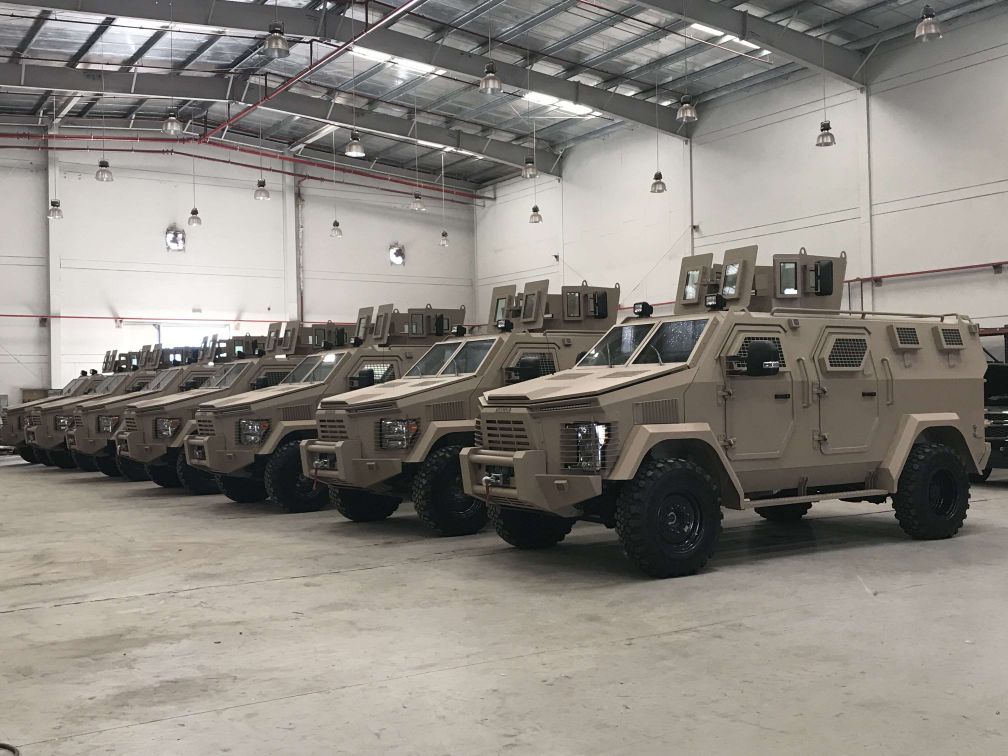 The Nigerian Army’s Phantom 2s are painted the same colour as these ones seen at the Iostrex plant. (Isotrex Manufacturing)

The photographs showed at least eight Phantom 2s with other military vehicles preparing for Operation ‘Tura Takaibango’, which began on 8 January in Yobe State with the aim of countering militant activity as part of the wider ongoing Operation ‘Lafiya Dole’ in the northeast of the country.

A subsequent photograph showed a Phantom 2 completely burned out, reportedly after it was hit by a suicide vehicle bomb.

The vehicles were painted in a desert livery not normally used by the Nigerian Army, but was also seen on a batch of seven Phantom 2s lined up at the Isotrex manufacturing facility in the United Arab Emirates (UAE) in a photograph published on the company’s website.