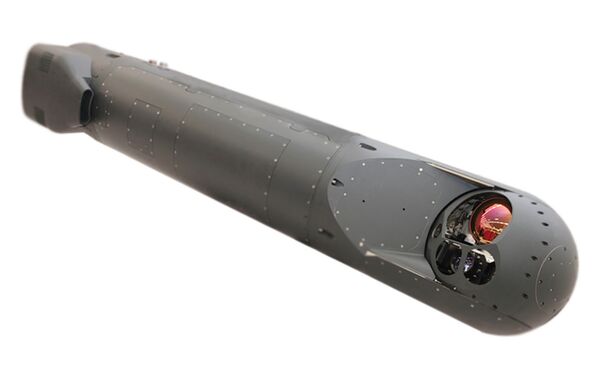 The Aselpod is almost certainly in service with the Nigerian Air Force. (Aselsan)

A Nigerian Air Force (NAF) JF-17 Thunder multirole fighter has been seen carrying what is almost certainly an Aselpod targeting pod made by Turkish company Aselsan.

A short clip posted on social media on 14 August showed a Nigerian JF-17 with the number 720 taxiing with a dark grey pod on its centreline hardpoint.

Earlier this year, a photograph emerged showing a man next to a JF-17 carrying a targeting pod with an air intake on its starboard side that looked more like the one on the Aselpod than the smaller intakes on the Chinese WMD-7 targeting pod that has also been integrated with the aircraft.

The man, evidently not Nigerian, wore a badge with the Pakistani flag and what appeared to be ‘Aselpod' written on it. However, his cap had the name of the NAF's 131 Engineering Group on it, indicating he was helping that unit with the new pod.

Aselsan integrated the Aselpod on the Pakistan Air Force's JF-17s under a contract that was first reported in 2017. The Pakistan Aeronautical Complex delivered the three JF-17s ordered by the NAF in March 2021.

The photograph also showed a bomb with a laser-guidance kit on one of the JF-17's wings. This could be an Mk 82 fitted with a GBU-12 Paveway II kit as the United States approved the sale of these weapons to Nigeria along with the 12 A-29 Super Tucano turboprop aircraft that were delivered to the NAF in 2021.