Newport News Shipbuilding has created a single team to fix and install Advanced Weapons Elevators (AWEs) on aircraft carriers USS Gerald R Ford (CVN 78), which is operating in the Atlantic Ocean, and John F Kennedy (CVN 79), which is still being built, US Navy (USN) and shipyard officials said. 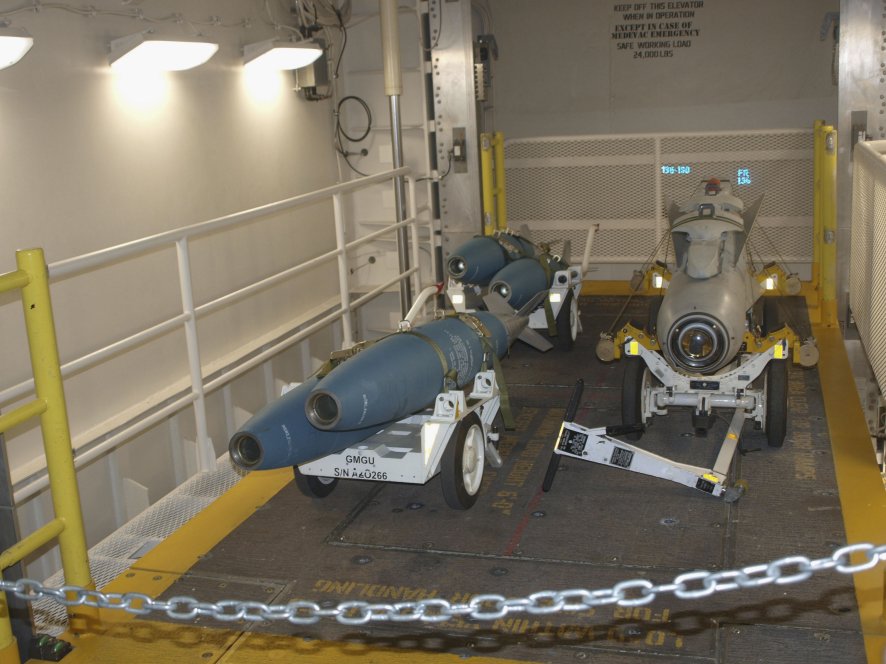 Speaking to Janes on 17 November aboard Ford, Derek Briggs, superintendent of the elevator work, said he has team of about 350 – including members of different trade and engineering groups – with about 200 of them working on Ford at sea and the remainder working on Kennedy at the yard in Newport News, Virginia.

The AWE single-team concept was one of the biggest lessons learned that USN and shipyard had pulled from Ford onto the Kennedy construction programme, Rear Admiral James Downey, USN carrier programme executive officer, told Janes on 17 November during a tour of Ford while it was conducting at-sea operations.

Before the development of the single-team focus, Rear Adm Downey acknowledged, the best AWE shipyard talent was focused mostly on Ford.

“We split up,” Briggs explained. “Some guys can’t medically go to sea. Others have obligations that prevent them from going to sea. As soon as we hit port, the guys at sea take a day or two before coming back. When we’re not at sea, they go over on Kennedy, providing what they can while they are there.”

Working on the AWEs at sea provides the workers with better insight on how best to install, modify, and fix the elevators, Briggs noted.