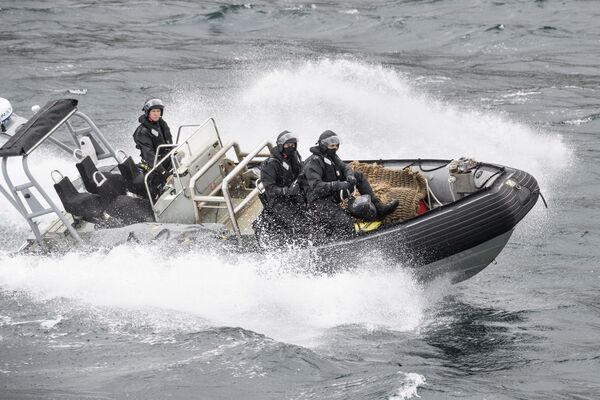 The Royal New Zealand Navy (RNZN) is set to acquire new Rigid Hull Inflatable Boats (RHIBs) to both modernise and standardise its fleet.

The New Zealand Ministry of Defence (MoD) released a request for tender (RFT) on 24 October for a Naval Small Craft (NSC) project that is part of a wider RHIB Replacement programme that will acquire a common fleet of craft to maintain a viable small boat capability.

According to the RFT, buying boats of a single hull design will increase efficiency by “reducing the number of small craft types operated by the RNZN and achieve fleet optimisation through commonality”, establishing a cohesive approach to small craft acquisition and sustainment.

The requirement is for 26 boats that are about 7.3–7.8 m long and 2.5–2.8 m wide in line with restrictions imposed by the host ship's davits used for launch and recovery.

The maximum weight of the boats fully loaded must not exceed 3,900 kg including two crew and at least six boarding party personnel as well as weapons and equipment. The craft must also have a range of 120 n miles and a speed of 35 kt in Sea State 3.

The RFT will close in January, with the total cost of the NSC project not exceeding NZD21 million (USD12 million).

The RNZN intends to start using the procured NSC at its base in Devonport in 2023. The requirement is for an initial six craft and associated training, followed by annual deliveries of five craft to be completed by 2026–27.