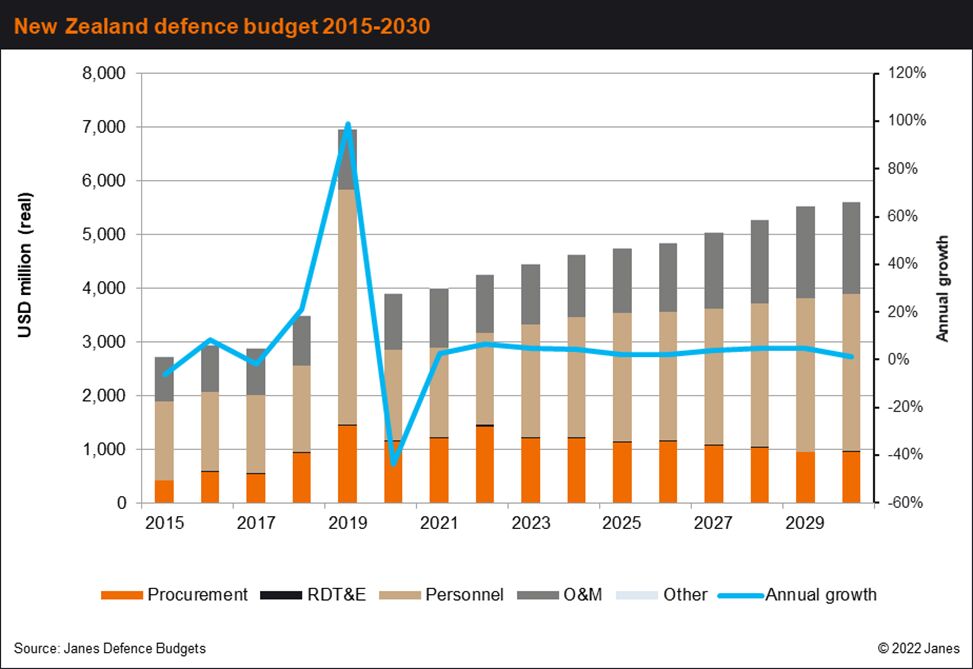 The Vote Defence Force allocation provides a total capital expenditure of NZD1.56 billion for the New Zealand Defence Force (NZDF), an increase of 16% compared with the final allocation of NZD1.34 billion in 2021–22.

These include an allocation of NZD11 million for New Zealand's acquisition of Lockheed Martin C‐130J‐30 Super Hercules transport aircraft, which was announced in 2019, and NZD50.3 million towards the procurement of four Boeing P-8A Poseidon maritime patrol aircraft (MPA), announced in 2018.