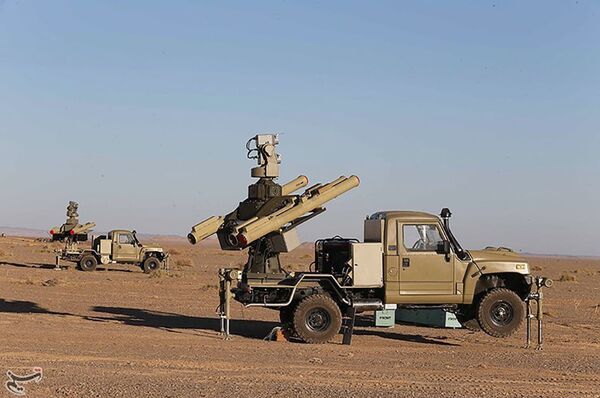 New short-range air-defence (SHORAD) systems featured in Exercise ‘Defenders of the Velayet Skies 1400' , which was held by Iranian air-defence forces on 12–13 October, reflecting a growing emphasis on countering low-altitude threats.

Brigadier General Amir Qader Rahimzadeh, commander of the regular military's (Artesh's) air-defence force, announced that both the Majid and Dezful systems had been successfully fired during the exercise against targets that simulated cruise missiles.

The Iranian media identified the Majid as a system mounted on the back of a light tactical vehicle with a rapidly rotating electro-optical (EO) sensor and a missile launch tube on either side, although it appeared more tubes could be carried. A video showed the system firing a missile fitted with an EO seeker at a relatively slow propellor-driven target.

The Dezful was identified as a system that appeared to be a Tor-M1 mounted on a commercial truck.

Russia announced in December 2005 that Iran had ordered up to 30 Tor-M1s and the ones subsequently seen in Iranian service have all been mounted on the tracked carrier used by the Russian military. The Dezful may be one of these systems that has been remounted on a more easily maintained vehicle, but it has also been reported that Iran received some towed versions, one of which could have been turned into the Dezful.

The Majid and Dezful were reported to be respectively Artesh and Islamic Revolution Guards Corps (IRGC) assets.