A new submarine escape suit, developed by the Naval Medical University of China’s People’s Liberation Army Navy (PLAN), has been successfully trialled, with six submariners conducting an ascent from a submerged submarine, according to a news report aired by state broadcaster China Central television (CCTV) on 2 January. 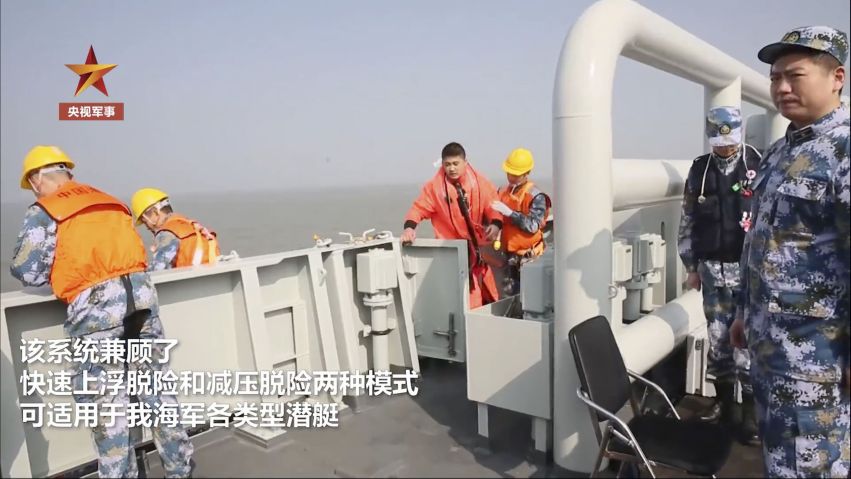 Although described as a “new system developed in China that is world-class”, footage from the CCTV report shows that the suit has a striking resemblance to the Submarine Escape Immersion Equipment (SEIE) that is in service in the United Kingdom with the Royal Navy (RN).

The bright orange immersion suit is fitted with same design of hood – with transparent visor – as the SEIE, which enables the escaping submariner to breathe normally during the ascent from depth. This avoids the potentially lethal problem of air inhaled when under pressure expanding and bursting the lungs if not exhaled as the pressure reduces during the ascent.

The SEIE is designed to be used in conjunction with an escape chamber integral to the submarine’s design, which allows submariners to escape one at a time. This chamber is flooded with water until the internal and external pressures are equal, during which time the escapee has to be supplied with air for breathing. This is provided through a push-in connector through which air flows into the hood. The new Chinese suit has the same bright yellow connector fitted to the left-hand sleeve as the SEIE.