SpearUAV’s solution – variants of which are individually designated with the prefix ‘Ninox’ – is designed to deliver organic and immediate intelligence, surveillance, target acquisition, and reconnaissance (ISTAR) tactical superiority for strategic, tactical, and micro-tactical missions. 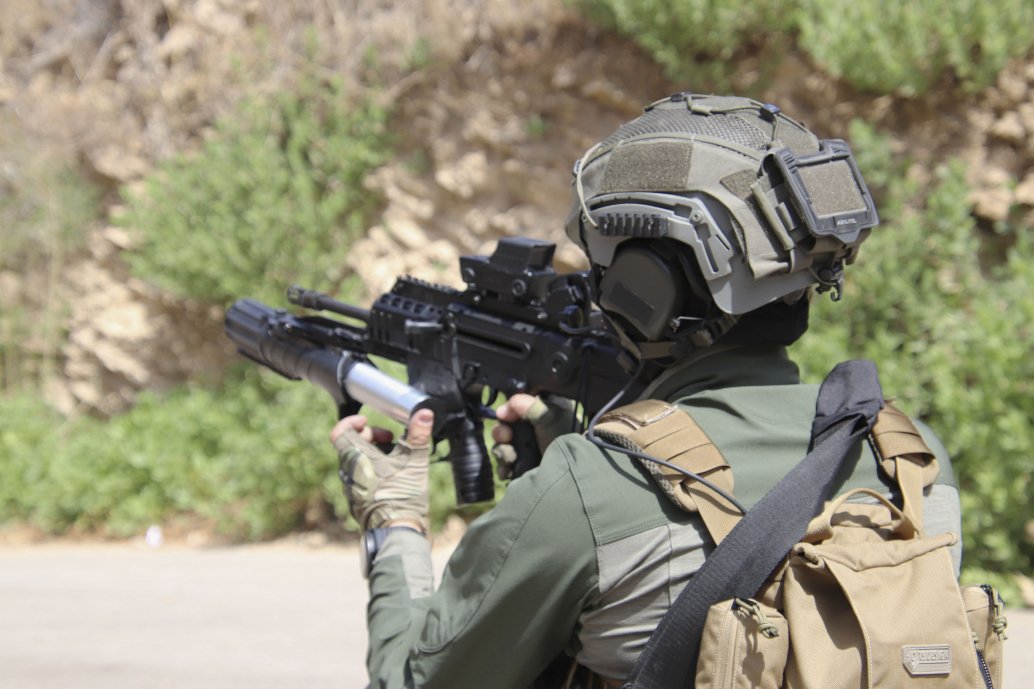 Weighing less than 250 g (ISTAR variant), the Ninox 40 micro-tactical UAS is designed to be launched from a 40 mm grenade launcher. (SpearUAV)

“We believe we’ve overcome the challenge of delivering an immediate response to pop-up targets and near proximity threats on the battlefield,” Gadi Kuperman, CEO of SpearUAV, told Janes. “The individual soldier, ground or naval platform crew, or border security detail no longer needs to call up or co-ordinate UAS ISTAR support. There is no ‘deployment’ or ‘deployment time’ required – our technology is immediately accessible, it’s under their control and, crucially, the ISTAR capability is instantaneous. That’s the discriminator.”

Underpinning the development is SpearUAV’s hope that Ninox UASs could be regarded as standard battlefield equipment. Implicit in this is an affordability factor that enables a customer to acquire the systems in sufficient quantities. “We want the user to treat the drone the same way as he/she would any other piece of combat equipment or ammunition, such as a bullet or a grenade: it’s a battlefield tool, it’s ready and meant to be used at any time and without hesitation. And that could be for an infantry soldier or for land and naval platform crews,” said Kuperman.