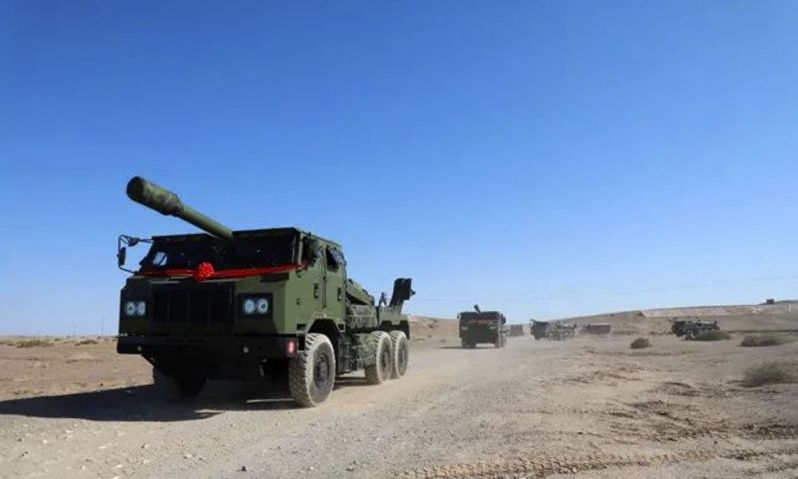 The PLAGF’s new 155 mm wheeled self-propelled howitzer has also entered service with a brigade under the 75th Group Army. (Via WeChat account of 75th Group Army)

The group army, which is part of the PLA’s Southern Theatre Command, revealed on 9 June via its WeChat account that one of its brigades has inducted several units of the 25-tonne SPH as well as of the Dongfeng Mengshi CSK181 4×4 armoured vehicle, among other platforms.

The induction ceremony was held in a desert area in China’s northwestern Xinjiang Uyghur Autonomous Region, where the brigade was also conducting training exercises.

The 6×6 SPH, which is manufactured by China North Industries Corporation (Norinco) and has the export designation SH-15, is also known to be in service with an artillery brigade under the PLA’s Eastern Theatre Command. 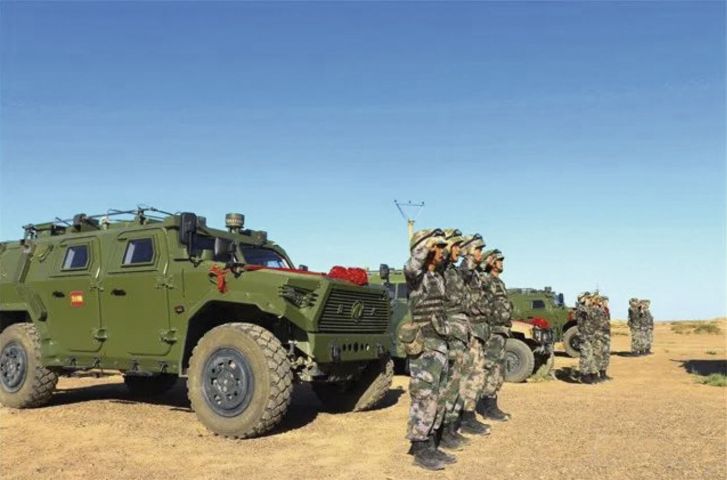 The CSK181 4×4 armoured vehicle (front) was one of the platforms recently inducted by a brigade under the 75th Group Army. (Via WeChat account of 75th Group Army)

The system features an automatic gun-laying system, a semi-automatic ammunition loading system, a digitised control board, and has room for six personnel in the cabin area (including the driver).

No further details were provided about the SPH or other PLAGF units currently operating the system, which has been in service since at least January 2019. At that time, the state-owned Global Times newspaper reported that a PLAGF artillery brigade stationed in Tibet had been equipped with the new SPH to “boost its combat capability and improve border security”.