The Netherlands is to retire its ageing fleet of Lockheed Martin C-130 Hercules airlifters earlier than planned. 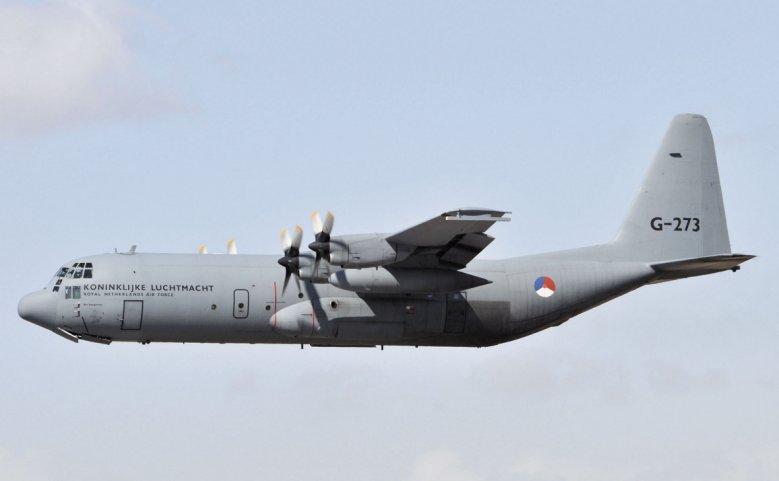 One of four C-130H Hercules airlifters that the Netherlands has decided to replace rather than modernise. A competition will be run to find a successor, with both the C-130J and A400M likely to go head-to-head for the requirement. (Janes/Patrick Allen)

The country’s Ministry of Defence (MoD) announced on 13 October that the four C-130H aircraft operated by the Royal Netherlands Air Force (RNLAF), the oldest of which date back to 1978, are to be replaced as their readiness rates have become so poor as to hinder simultaneous operations.

“[The MoD] will replace the current four C-130H Hercules transport aircraft ahead of schedule. The project is now being implemented between 2021 and 2028, with the first aircraft arriving in 2026. The Secretary of State for Defence, Barbara Visser, informed parliament of this [on 12 October],” the ministry said.

The RNLAF received two new ‘stretched’ C-130H-30 Hercules in 1992 and two surplus ‘standard’ C-130H Hercules in 2005. The MoD had planned to modernise these aircraft, although it has now decided that such a programme would reduce the already poor availability of the fleet further and so an immediate replacement is the best option.

While no candidate platforms were named, the MoD noted that its requirements include the ability to operate in and out of austere locations, a short take-off and landing (STOL) capability, and a medical evacuation (medevac) configuration that includes in-flight patient care, the ability to transport a minimum of 60 fully equipped paratroopers, a range of no less than 2,000 n miles, and fitted with self-protection and ‘network-centric’ equipment.

The Netherlands is to retire its ageing fleet of Lockheed Martin C-130 Hercules airlifters earlier t...