Netherlands ships first Apaches to US for modernisation

The Netherlands has begun shipping the first of its Boeing AH-64D Apache Longbow attack helicopters to the United States for overhaul and remanufacture to the latest AH-64E Apache Guardian standard. 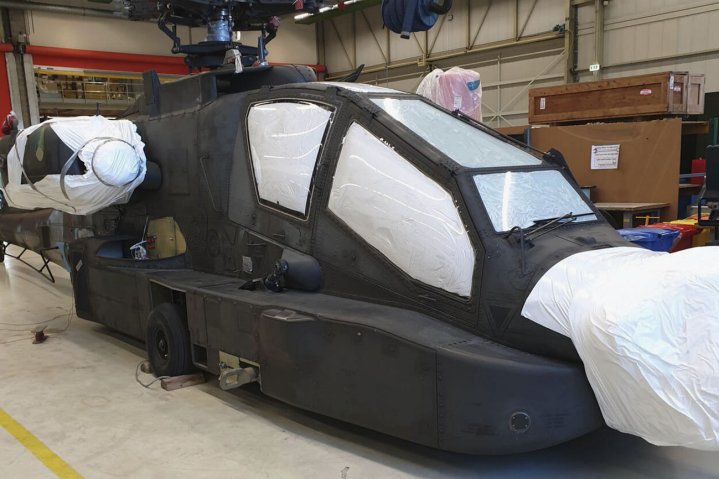 The Netherlands began shipping its AH-64D Apache helicopters to the US for modernisation to AH-64E standard on 19 November, and should receive all 28 remanufactured AH-64Es back into service by early 2025. (Netherlands MoD)

The Dutch Ministry of Defence (MoD) announced on 19 November that the first three of the Royal Netherlands Air Force (RNLAF) fleet of AH-64Ds had departed by sea from Antwerp bound for Baltimore in Maryland, before being transported to Boeing’s Apache production facility at Mesa, Arizona.

The next transport is scheduled for February 2021, the MoD said. With the remanufacture process taking approximately two years, the Dutch Defence Helicopter Command will receive back into service all of its 28 refurbished Apaches (including eight helicopters that are stationed for training purposes at Fort Hood in Texas) from mid-2023 through to early 2025.

News of the first shipment came nearly three years after the US State Department approved the remanufacture of the Dutch Apaches in February 2018. At that time, it was noted that the USD1.191 billion project would include cross-decking those already paid for and expensive items, such as the AN/ASQ-170 Modernized Target Acquisition and Designation Sights (MTADS)/AN/AAR-11 Modernized Pilot Night Vision Sensors (PNVS), that are common to the AH-64D Block 2 and AH-64E standard over from the current airframes onto newly built airframes, while at the same time replacing those items that are not common to the two standards, such as the latest T700-GE-701D engines.

The Netherlands has begun shipping the first of its Boeing AH-64D Apache Longbow attack helicopters ...