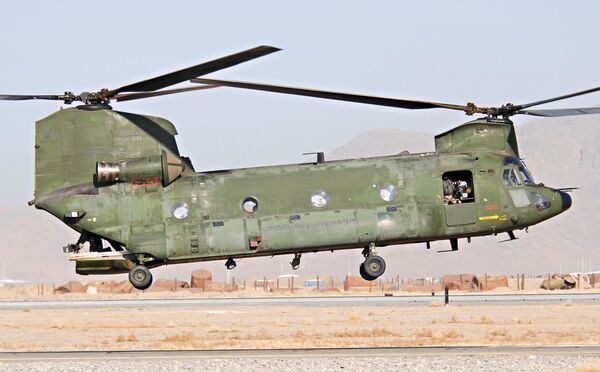 A Dutch CH-47D seen on operations in Afghanistan. The variant has now been replaced in RNLAF service by the latest CH-47F standard Chinook. (Janes/Patrick Allen)

The service announced the event on 22 December, noting that after more than 25 years of CH-47D operations, the variant has been replaced by the latest CH-47F-model Chinook.

“It's a wrap. The workhorse CH-47D retired, [with] the last training flight and final landing [at Woensdrecht Air Base],” the RNLAF said from its official Twitter account. “We continue our tasks with [the] CH-47F [of] 298 Squadron.”

The CH-47Ds were received into service in 1995. These were augmented in 2012 with six early-standard CH-47F helicopters (the Netherlands was the first export customer for this variant). In 2016 the country acquired a further 12 newbuild CH-47F Chinooks through the US Department of Defense Foreign Military Sales programme, and two further helicopters were added to the order the following year for a total order of 14.

The six early CH-47Fs are being upgraded to serve alongside the 14 newbuild CH-47Fs to give the RNLAF a fleet of 20 commonly configured Chinooks to be used for troop movement, medical evacuation, aircraft recovery, parachute drop, search-and-rescue, disaster relief, firefighting, and heavy construction support.

The Royal Netherlands Air Force (RNLAF) has retired the last of its Boeing CH-47D Chinook heavy-lift...