Ravenswood Solutions has been awarded a contract by the Royal Netherlands Army (RNLA) for its modular augmented reality tracking equipment for observers (MARTE-O), the company announced in a press release on 21 August.

Captain Ewout van Dort of the RNLA told Jane’s that the contract was part of the development of the realistic outdoor augmented reality system (ROARS). This name evolved from an OAR experiment that TNO, the Dutch scientific research institute, conducted in 2015. The conclusion at that stage was that the technology was insufficiently mature, despite promising results.

MARTE-O uses AR technology to inject synthetic objects into the real world, including aircraft and vehicles, and show the effect of artillery fire and air-delivered munitions. This enables joint terminal attack controllers (JTACs) and artillery forward observers (FOs) to train unrestricted by the availability of real assets, munitions and suitable ranges, weather conditions, and safety considerations associated with the use of live ordnance. 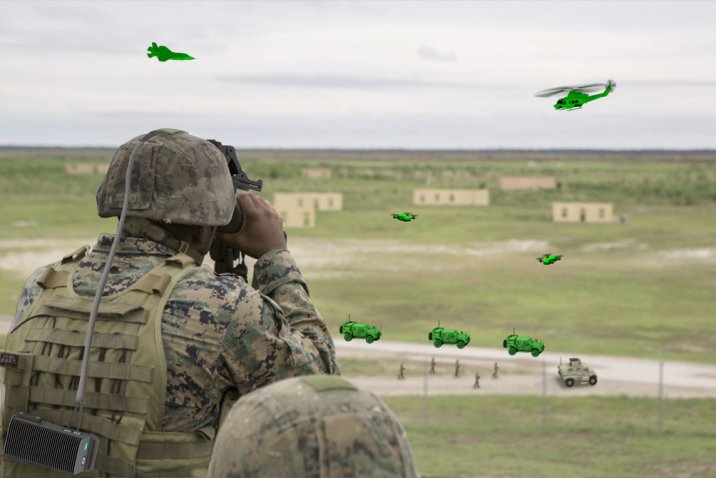 It also enables training in areas other than formal ranges, such as in urban areas or no-fly zones, and enables the repetition of a particular scenario or procedure to consolidate training and reinforce specific lessons or techniques.

MARTE-O has evolved from the Augmented Immersive Team Training (AITT) system, an Office of Naval Research (ONR) programme developed by Ravenswood in conjunction with SRI International and Lockheed Martin for the US Marine Corps (USMC).

Ravenswood Solutions has been awarded a contract by the Royal Netherlands Army (RNLA) for its modula...